Alexander Büttner enjoys ‘successor’ at United: ‘A boy with spirit’

Alexander Büttner enjoys ‘successor’ at United: ‘A boy with spirit’ 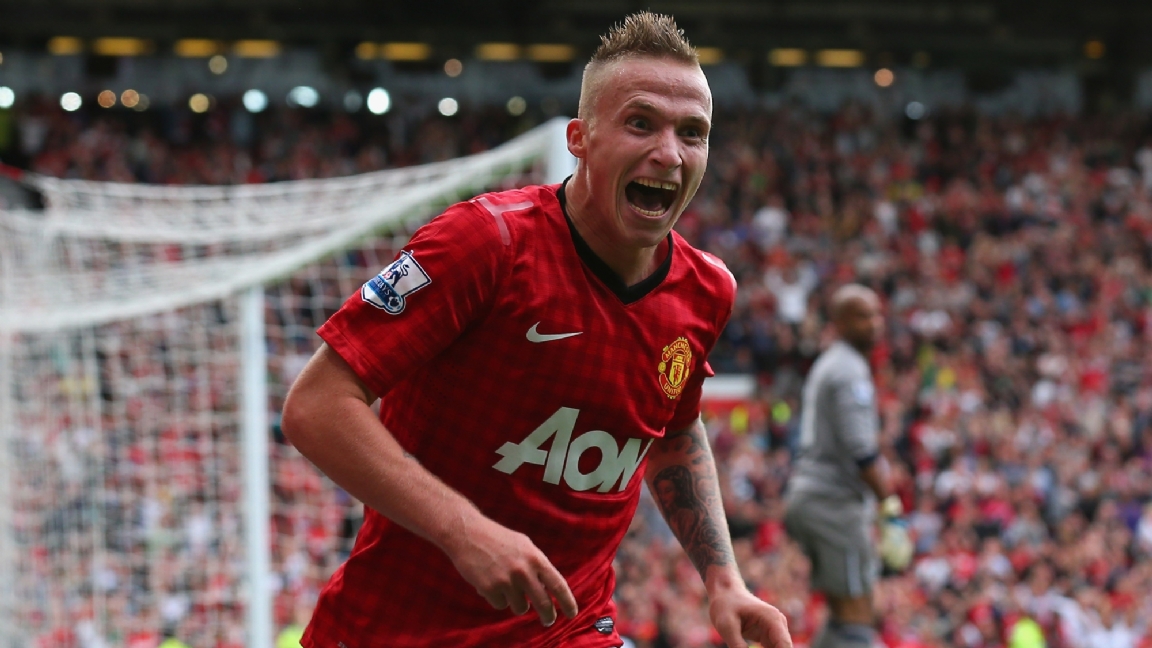 Alexander Büttner settled down with his childhood sweetheart De Graafschap last summer. The left back, born in Doetinchem, signed a contract until mid-2025. Büttner is now 33 years old and has a long career behind him. Between 2012 and 2014 he played at Manchester United, where he finally has a Dutch successor since this summer: Tyrell Malacia. In conversation with football zone Büttner speaks about his compatriot’s impressive start at Old Trafford.

Büttner signed with United in August 2012, which at the time paid five million euros for him to Vitesse. It would have been close if the left-back had signed elsewhere in the Premier League. “I have also been to Southampton and Sunderland for an interview. They had made all kinds of professional videos for me and it looked great, but at some point Manchester United came around the corner. That is really a childhood dream and then I immediately knew in my head: I want this.”

In Manchester, Büttner was immediately warmly received by a compatriot. “I remember very well that I arrived there on my first day and Van Persie immediately came up to me and shook my hand.” The the Dutch squad’s all-time top scorer immediately showed Büttner everything. “That immediately gave me a good feeling, that was great. I immediately noticed that Evra (Patrice, ed.) started working with me and tried to help me, while you might normally see each other as competitors.”

Buttner is very impressed with Malacia’s good start at United. “It makes a big difference whether you play Eredivisie or Premier League, only you can adapt very quickly. I also see that happening with Malacia. I thought he was one of the best backs in the Netherlands. You also just see that it is a boy with spirit, who is doing well and can stand his ground.”

Büttner follows United extra closely now that Malacia is kicking off every week. “You do follow that, yes. Of course I went from Vitesse to Manchester United and Malacia came from Feyenoord. Those are just nice steps. I really give that to a boy like that. I enjoy seeing the Dutch play for the great Manchester United.” In total, Büttner played 28 official games for the Red Devilsin which he was accurate twice and delivered three assists.