Eran Zahavi and Mario Götze lead Galatasaray to the slaughter

Eran Zahavi and Mario Götze lead Galatasaray to the slaughter 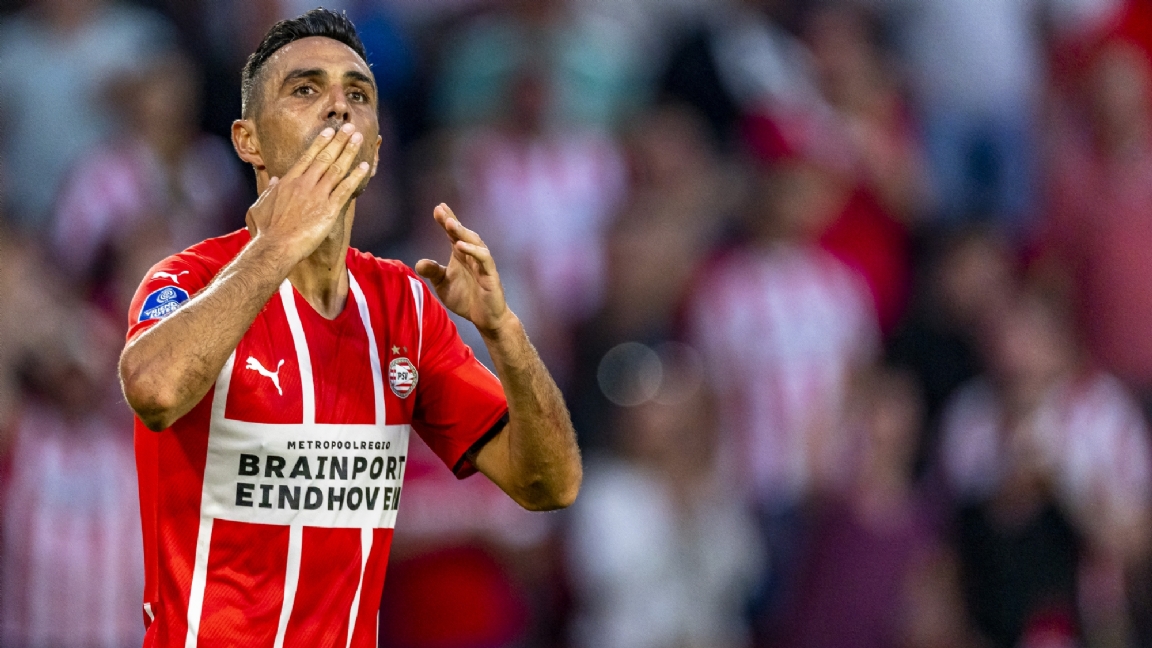 PSV recorded a spectacular victory over Galatasaray on Wednesday evening. In the first mutual meeting in the second preliminary round of the Champions League, Roger Schmidt’s team was 5-1 too strong. This makes next week’s return in Istanbul seem like a formality. Eran Zahavi was PSV’s big star with three goals and an assist, while Mario Gòtze accounted for the other two goals. Ryan Babel played an hour with Galatasaray.

PSV, which started in the same line-up as in the last two exhibition games, took the lead after one and a half minutes. Goalkeeper Fernando Muslera of Galatasaray could count on that early goal. He received a back pass from the Dutch-Turkish Ömer Bayram on the back line and bounced the ball too far from his foot on the touchline, causing Zahavi to take over. From the turn, Zahavi was then able to finish in an empty goal: 1-0. Two minutes later, PSV almost doubled the margin when Yorbe Vertessen shot hard wide from inside the penalty area.

PSV continued to dominate the match after that. The home team, led by a swinging Noni Madueke, pushed Galatasaray back into their own half and made it 2-0 ten minutes before halftime. Galatasaray suffered a loss of ball in midfield, after which PSV quickly switched. The ball landed on the right side of the penalty area for Madueke, who brought the well positioned Zahavi into position to score. After that goal, he was responsible for PSV’s last six European goals. There was no problem, but shortly before halftime Galatasaray found the connection.

The 2-1 came from the head of Emre Kilinç. From the left flank, Bayram delivered a good cross to Kilinç, who headed in with a strong header. However, six minutes after the break, PSV managed to increase the score again. Marco van Ginkel served Zahavi, who enabled Götze with a nice foot movement to round off with the inside of the foot in the top right corner. The 4-1 also came in the name of the Israeli. A minute after Christian Luyindama missed a serious chance to make it 3-2, Zahavi took advantage of a misunderstanding in Galatasaray’s defence, outplaying Muslera and finishing in an empty goal.

Zahavi became the first PSV player to score a hat-trick in a European context since Tim Matavz in the group stage of the Europa League in December 2012. The poison cup was not yet empty for Galatasaray. Götze made it 5-1 with a remarkable goal, because Muslera completely misjudged a German bet with the shoulder. PSV can hardly miss the third preliminary round of the Champions League. Celtic or FC Midtjylland will be the opponent in this.