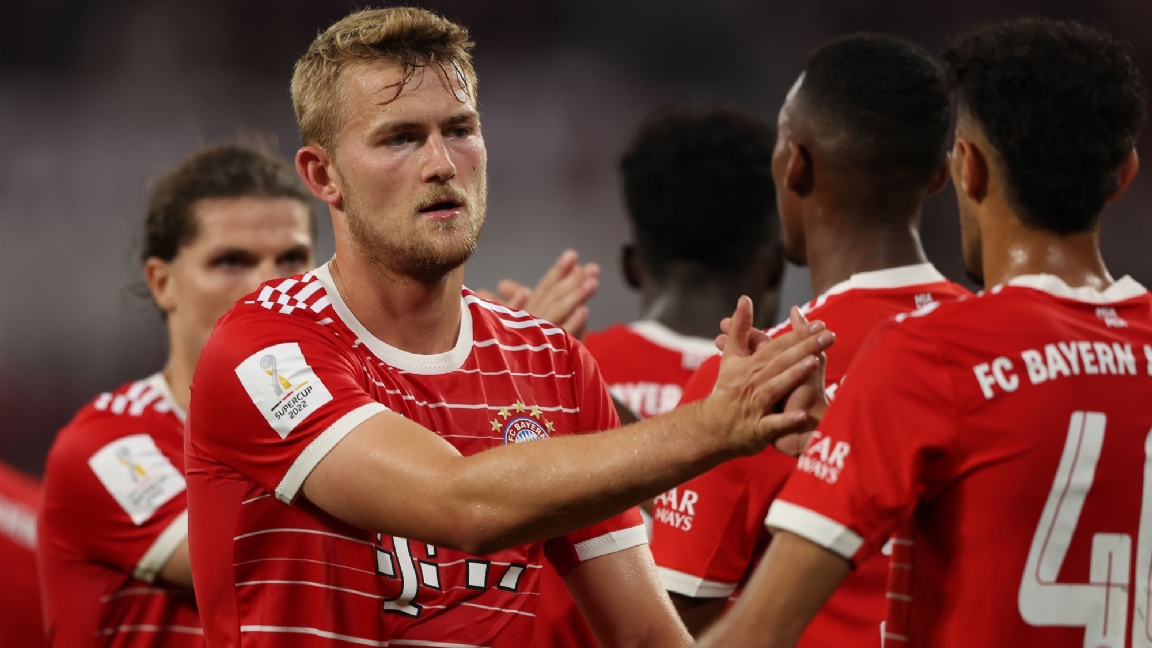 Bayern Munich’s line-up for the first Bundesliga game of the season has been announced. Trainer Julian Nagelsmann chooses, just like in the won Super Cup match with RB Leipzig (3-5), to start without Dutch input at the kick-off of the meeting with Eintracht Frankfurt. Matthijs de Ligt, Ryan Gravenberch and Joshua Zirkzee all start from the bench, while former Ajax player Noussair Mazraoui also has to hope for a substitute.

Nagelsmann will stick to the names that were also in the starting line-up in last Saturday’s game with RB Leipzig. This time, however, the trainer seems to be going for a different formation. Where Bayern started in a 3-5-2 formation in the first official game of the season, Nagelsmann now opts for a 4-4-2 formation. Thomas Müller starts on the right in midfield, while Serge Gnabry fills the two striker positions together with Sadio Mané.

Under the bar is Manuel Neuer, who again does not see De Ligt in the heart of the defense. The central duo is formed by Dayot Upamecano and Lucas Hernández, while Benjamin Pavard is preferred over Mazraoui in the right back. In midfield, Gravenberch is unable to conquer a place and he sees Müller, Joshua Kimmich, Marcel Sabitzer and Jamal Musiala getting a basic place.

At Europa League winner Eintracht, trainer Oliver Glasner has made a base for Mario Götze who came over from PSV. The kick-off of the squatter in the first round of the new season in the Bundesliga will take place at 8.30 pm in the Deutsche Bank Park.