‘He has the potential of Mané’

‘He has the potential of Mané’ 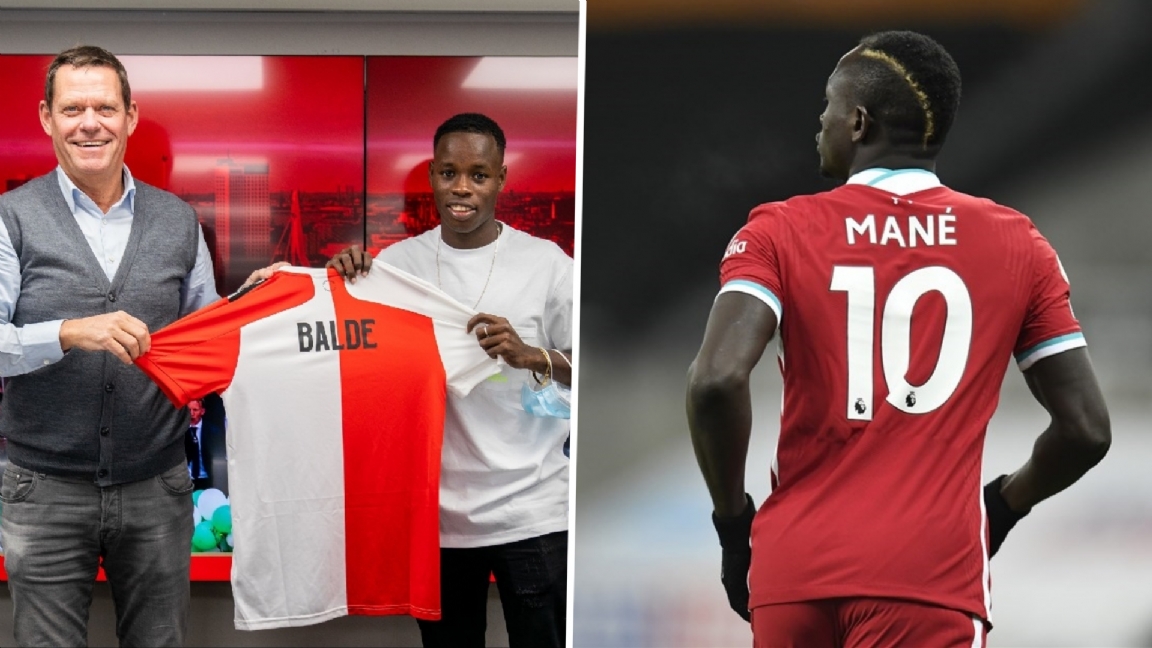 With the arrival of Aliou Balde earlier this week, Feyenoord managed to take an important blow on the international transfer market. Borussia Dortmund and several Ligue 1 clubs were after him for a long time, but nevertheless, the future of the only eighteen-year-old winger does not lie in the much higher-ranked Bundesliga. The winger from Senegalese Diambars de Saly Dourbel has long been seen as one of the greatest talents on the world stage. In October 2019 Balde even appeared on a list of The Guardian with the sixty greatest talents born in the year 2002.

Generation 2019: 60 of the best young talents in world football. More than a year ago, that was the headline above the article of the aforementioned newspaper about the upcoming talents. Ansu Fati and Eduardo Camavinga were the highlights of the prestigious list. However, there was also room for Ryan Gravenberch and Mohamed Ihattaren, who have since grown into important links at Ajax and PSV respectively. Born on December 12, 2002, Balde was perhaps not the most striking name in the list of the sixty in the fall of 2019. youngsters, but now more and more people know his name. Senegal’s youth international has been in contact with Dutch football in the recent past. On October 30, 2019, three weeks after the publication of The Guardian, he scored as a substitute in the 95th minute against the the Dutch Under-17 in the group match of the youth World Cup in Brazil. At the time, Balde faced Dutch talents such as Naci Ünüvar, Melayro Bogarde, Devyne Rensch and Jayden Braaf. 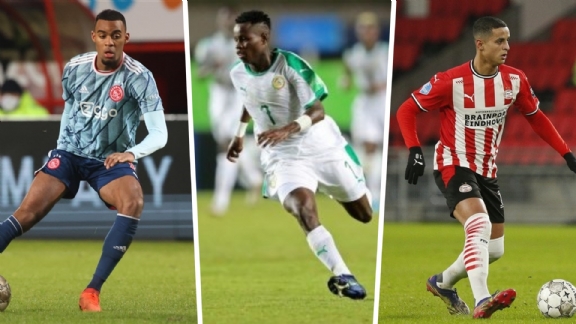 Aliou Balde was in 2019, together with Ryan Gravenberch and Mohamed Ihattaren, in the top 60 talent of The Guardian.

Spotted in the shirt of Borussia Dortmund
The tug of war over Balde described as talent has been going on for some time. For a long time, Dortmund seemed to be Balde’s first station in Europe. In April 2020, a photo of him appeared on Twitter showing the youngster wearing a shirt BVB wore. Various media in Senegal have already mentioned a pre-contract for Balde, who would report in December 2020 at the Signal Iduna Park in Dortmund. The super-fast flank player, who can be deployed on both flanks, also appeared on the radar in the Netherlands a year ago, although the interest did not initially come from Feyenoord circles. Fortuna Sittard saw the Senegalese Amadou Ciss choose Amiens SC last summer, after which his fellow countryman soon came into the picture in South Limburg. “He is indeed on a list, as is the case for more players”, explained head scouting Sjoerd Ars in a response to 1Limburg. However, a final deal for Balde never got off the ground, just as an internship at Villarreal did not result in an adventure in LaLiga.

Balde’s reputation has already preceded him, especially in Europe, as he has long been referred to as the ‘new Sadio Mané’. Algerian freelance journalist Maher Mezahi, who follows football in Africa closely for various foreign media, understands why Feyenoord purchase is compared to the star player from Liverpool. “Although such comparisons can sometimes be experienced as a burden. But it has to be said: the energy and the dribbling qualities of Balde are quite similar to what Mané shows. The football experts in Senegal are very impressed with him. impressive physical appearance, but nevertheless he often outsmarts defenders with his core muscles and his low center of gravity (Balde is 1.63 meters tall according to various sources, ed.) “, Mezahi judged the great talent from Senegal after the announcement of the sixty greatest talents of The Guardian in the fall of 2019. 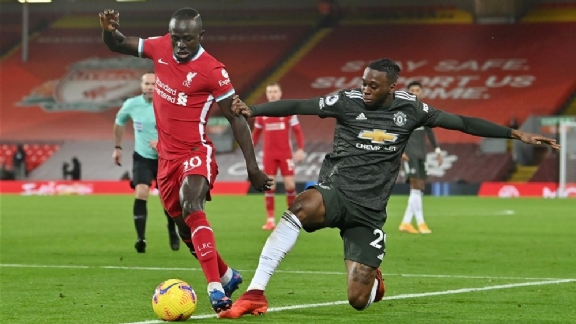 The question that has often been asked: does Aliou Balde manage to match the level of Sadio Mané?

More than a year later, now that the deal with Feyenoord has been finalized, Balde still manages to impress the football followers in Africa. “It is an up-and-coming talent who can be deployed in all positions at the forefront,” explains Ed Dove, who beats African football for Goal, in an analysis for Football zone. “He can play centrally, but certainly also on the flanks. Balde has a nose for the goal and a great feeling for the free space.” However, Dove also observes things that could be improved in the game of the sometimes drowsy Feyenoord player. “He has to become more consistent and it is important in that context that Balde is more involved in the game.” In terms of efficiency, it seems to be okay with the new-born Feyenoord attacker. “In the first two league games of Diambars of this season, he managed to score three times.” Dove also saw Dortmund as the biggest contender for a long time to bring in Balde. “He even trained with the reserve team. His choice for the Netherlands therefore comes as a surprise. In the past there were also internships at Lokeren in Belgium and Villarreal in Spain.”

Balde has recently become one of the most important players of the Senegal Under-17. “He played a key role at the most recent youth World Cup (in 2019, ed.)”, Dove refers to the final tournament of more than a year ago, when the African country surprisingly triumphed in the group stage against the peers of the Netherlands (1-3 ), including a hit by Balde. Senegal eventually stranded in the eighth final against Spain Under-17 (2-1). In 2019, the Feyenoord acquisition also impressed another prestigious tournament. “During the WAFU Nations Cup, Balde really had his definitive breakthrough, especially as he became the tournament’s top scorer with four goals. In the same year, he was also crowned the top scorer of the Senegal Under-17 in the Africa Cup qualifying tournament.” Nevertheless, the step to the A-team of Senegal does not seem to be possible for the time being. “I don’t think that will happen in the short term,” Dove predicts. “The competition is very fierce. It is important that he first makes playing minutes at Feyenoord in the Eredivisie. There are many players in the selection of Senegal Under-20 who knock on the door of the national team and Balde still has a lot to do. His career as a club player is in the first place for the time being. ” 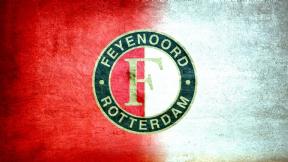 Apparently no medical problems after all: Aliou Balde signs with Feyenoord

Feyenoord trumps Borussia Dortmund, among others, and brings in the talented Senegalese Aliou Balde.Read article

Potential of Sadio Mané, but Aliou Balde is far from there
Dove spoke at the request of Football zone with Demba Varore about Balde. The football journalist from Senegal has high expectations of the attacker attracted by Feyenoord. “He has the potential of Sadio Mané”, the football connoisseur in the African country opens. “Mane, however, has always worked hard behind the scenes to grow into the player he is today. Sadio is a serious professional and physically it is incredible what he can do for it. It is not without reason that he belongs to the absolute. top.” Unlike Balde, Mané quickly made the jump to the Senegal national team ten years ago. “When he made his debut in 2011, the team was clearly in a transition phase,” Varore explains. “You really needed fresh blood at the time.” In addition to Mané, Idrissa Gueye, Pape Souaré, Moussa Konaté and Cheikhou Kouyaté made their debut for Senegal a decade ago. “It’s a completely different story now. For Balde, the biggest test now is whether he can adapt to life in the Netherlands, the environment, the language and the different way of life. There are not many Senegalese players who have played in the Netherlands. and Balde will have to do everything in his power to reach the potential of Mané with his talent. ” Fellow journalist Papa Amar Ndiaye briefly completes Varore with a clear intermediate judgment. “In my view he is not yet ready for the first team of Feyenoord. In addition, he currently does not have the qualities to reach the level of Mané.”

Balde was not born and raised in the Senegalese capital Dakar. “His whole family comes from the south of Senegal. The place is called Ziguinchor, from the Casamance area. Mané also comes from that region”, Dove says finally about the winter acquisition of Feyenoord. Balde, however, already entered the Diambars youth academy at the age of thirteen. The club’s youth complex is located approximately seventy kilometers from Dakar and more than four hundred kilometers from the region where he grew up. The Diambars football academy was also his home for a long time. . ” Dove hopes that the step towards Feyenoord will only be good for the career of the still young Balde. “I really hope he will follow in the footsteps of players who previously came from Diambars’ training, such as Gueye, Souaré, Kara Mbodj and Badou Ndiaye,” Dove concluded.