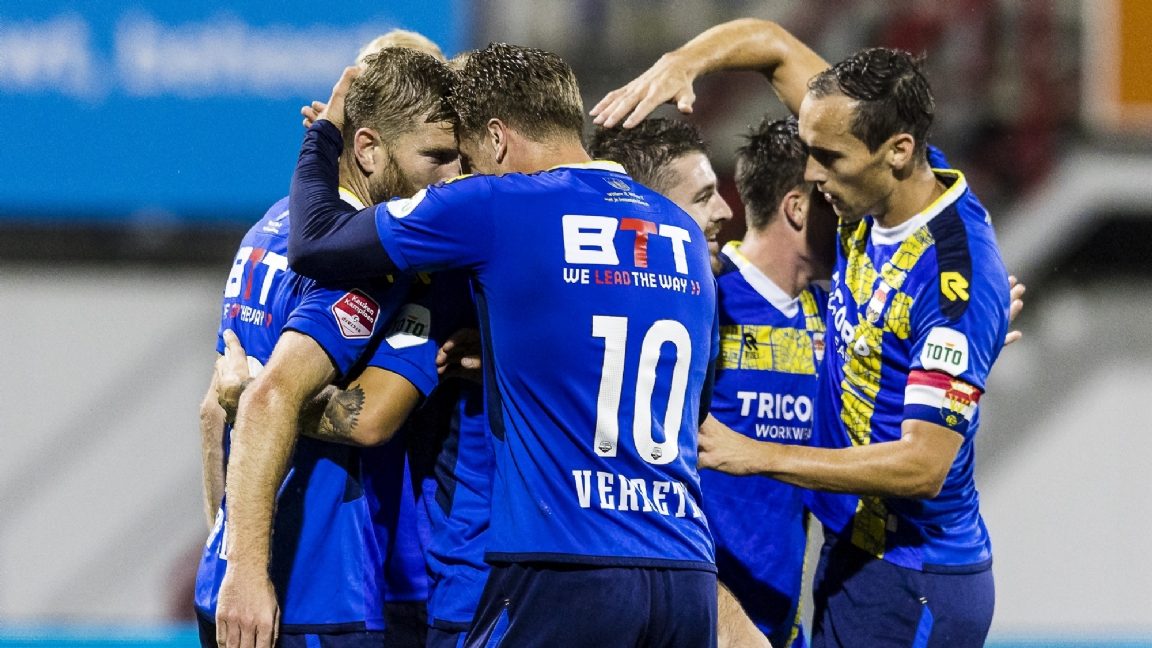 Willem II has found the way up. The Tilburg team had little trouble with TOP OSS (1-3 victory) on Friday evening and as a result are already unbeaten for six games in a row in the Kitchen Champion Division. Willem II is now fifth, four points behind leader PEC Zwolle. VVV-Venlo saved a point against Telstar in the eighth minute of injury time: 1-1. MVV Maastricht had three points left over from the visit to FC Dordrecht: 1-2.

FC Dordrecht – MVV Maastricht 1-2
The opening goal in Dordrecht was for MVV after more than twenty minutes of play. Jarne Steuckers was able to easily tap in from close by after good preparatory work by Tim Zeegers: 0-1. The Limburg euphoria was short-lived, however, as Dordrecht tied the score just seven minutes later. Elso Brito was the end station of a very nice attack by the home club: 1-1. The equalizer seemed to give Dordrecht wings, although there were no more goals in the remainder of the first half. 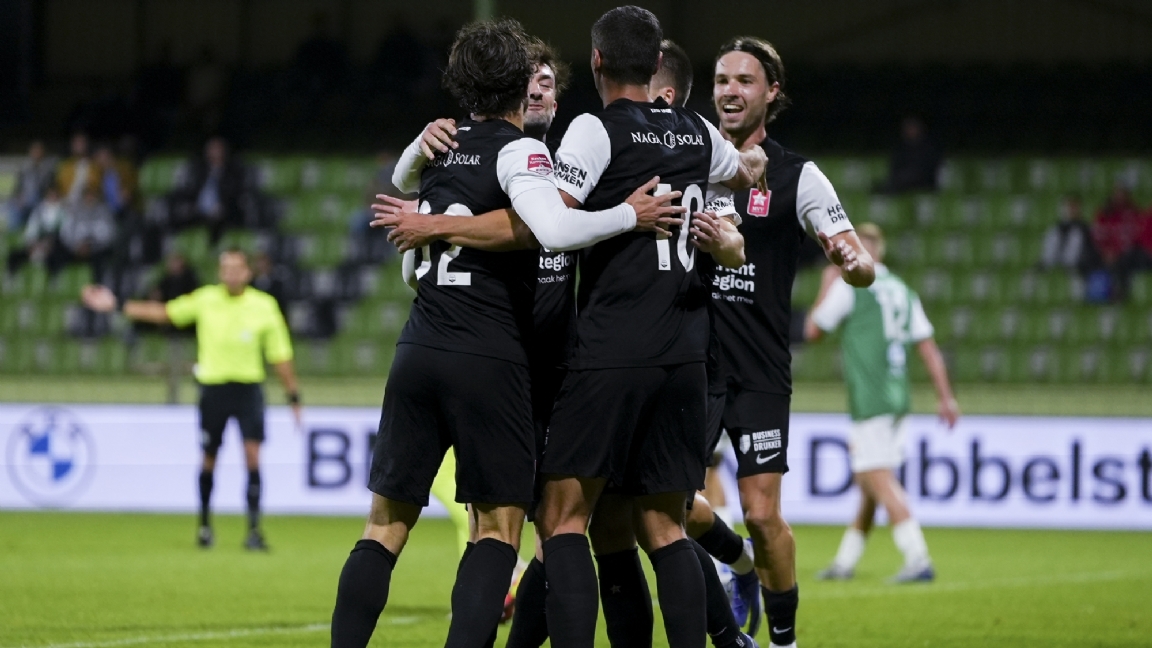 Joy at MVV Maastricht after the first away win

MVV recovered the lead five minutes after the break thanks to a low and effective slide from captain Nicky Souren: 1-2. Dordrecht got away well when Koen Kostons hit the bottom of the bar after almost an hour of play. On the other hand, Jari Schuurmans was very disappointed when his volley from the edge of the sixteen through the fingertips of Romain Matthys stayed out of the Maastricht goal. The previously accurate Steuckers failed to close the game fifteen minutes before the end when he only appeared in front of goalkeeper Liam Bossin. That same Bossin also saved when Sven Blummel came up to him twice alone. Jaymillio Pinas hit the post for Dordrecht in the final phase. MVV held on and pulled the minimal lead over the line, making the first away win of this season a fact.

TOP Oss – Willem II 1-3
The visitors took the lead after more than twenty minutes. Matthias Verreth opened the score after eighteen minutes, after which Michael de Leeuw also appeared on the scoreboard less than a minute later. In the 25th minute, referee Martijn Vos put the ball on the spot for Willem II, where De Leeuw stood behind and made no mistake: 0-3.

Justin Mathieu made the connection goal for TOP Oss from the penalty spot five minutes before the end, but the home team did not come close to a point in the final phase. Willem II is in fifth place due to the victory, while TOP Oss is now on the same level with FC Dordrecht and is fifteenth. Next week, an away game against Helmond Sport is on the program for the Ossenaren, while Willem II travels to MVV Maastricht.

VVV Venlo – Telstar 1-1
The home team had a hard time getting out of Telstar’s pressure in the opening phase. The visitors maintained good possession in the first ten minutes, which almost paid off in the twelfth minute when Christos Giousis seemed to go after Ennio van der Gouw alone after a long ball. However, the goalkeeper was on the lookout and was able to just avoid the danger.

Shortly after the break, VVV was close to the opening goal via Sven Braken, but his effort ended just wide. Telstar finally scored the opening goal in the 88th minute. Mihkel Ainsalu converted a corner and shot his team into the lead: 0-1. In the absolute final phase, VVV tried to look for the equalizer and even goalkeeper Van der Gouw went forward. In the end, it was Braken who equalized his team after a free kick by Kees de Boer in the 97th minute: 1-1.