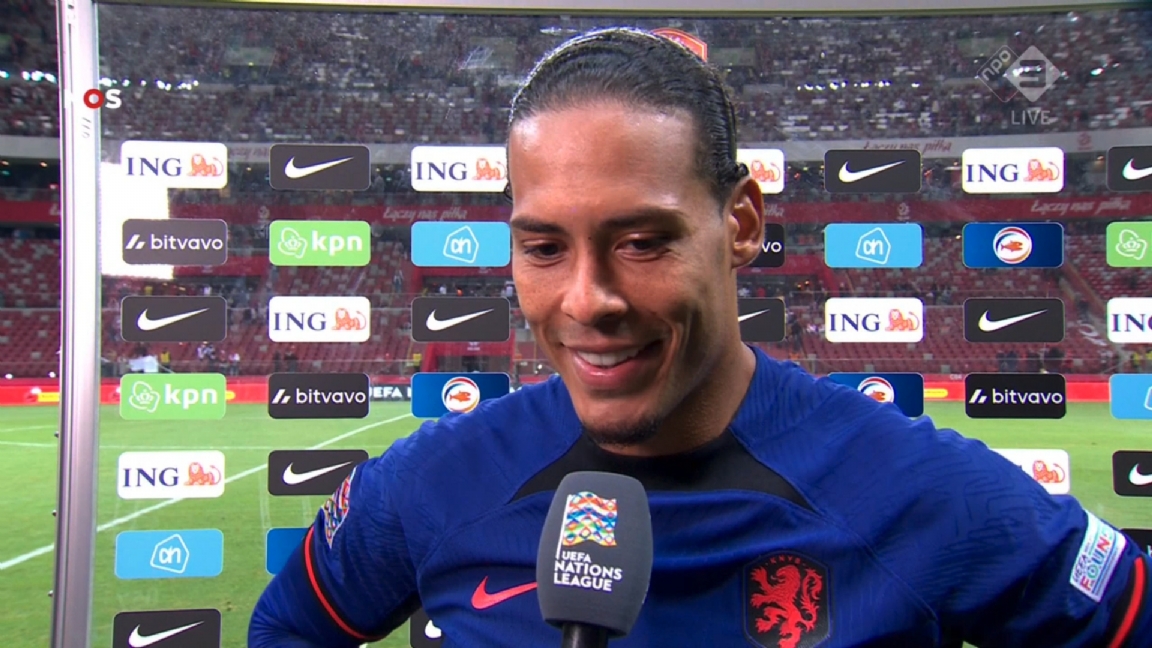 Virgil van Dijk has enjoyed the Dutch national team. The team of national coach Louis van Gaal did not encounter any problems during a visit to Poland and triumphed 0-2 by goals from Cody Gakpo and Steven Bergwijn. A setback was the retirement of Teun Koopmeiners (head injury) and Memphis Depay (hamstring injury). Coming Sunday, Belgium must be definitively secured in the Final Four of the Nations League.

The the Dutch squad had to deal with a major setback early in the game, when Koopmeiners had to be carried off the field after a nasty collision. For that reason, the duel with the Poles was over for the Atalanta midfielder after 49 seconds. “Then you don’t start the game well, of course,” said Van Dijk at the NOS. “But from what I’ve heard he’s doing well. That’s the most important thing. Unfortunately, things like this happen in football. Let’s hope it continues to go well.”

It was the first time this calendar year that the Dutch managed to keep a clean sheet. “We should have kept a clean sheet against Belgium, but we resigned in the last ten minutes,” said Van Dijk. “But in general we played a good pot. After the break you saw that they were going to put more pressure with Milik, but then you have to keep playing football. You have to make meters, switch sides quickly. I think we deserved to win. A good performance.”

The opening goal of the Dutch national team was preceded by eighteen passes. “That’s great. That’s to enjoy,” laughs Van Dijk. “Overall it was just a really nice evening for us. A great stadium and a difficult opponent, but we played well. The guys who came in were also excellent. Vincent played well, it’s important to keep those balls up front Wout (Weghorst, ed.) too It is difficult to fill in, but I want a special shoutout do to them. It’s important that we need everyone.”