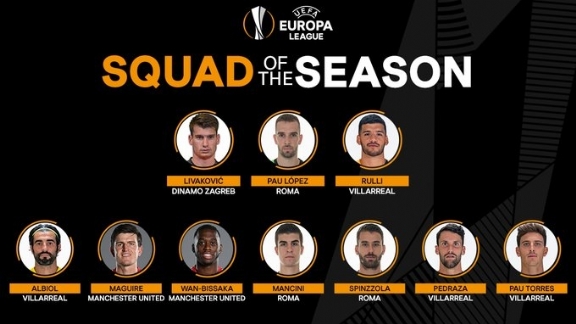 Dusan Tadic has been included by UEFA in the star team of the past Europa League season. According to a panel of specialists, the attacker / captain of Ajax is one of the stars of the past football year. Tadic is the only footballer of a Dutch club who is part of the select group.

Ajax started in the Champions League last season, but finished third in a group with Liverpool, Atalanta Bergamo and FC Midtjylland. Once in the Europa League, Erik ten Hag’s team was too strong for Lille OSC and Young Boys, but AS Roma was slightly stronger in the quarter-finals.

Ajax was unable to come back from a 1-2 defeat in Amsterdam in Rome. The game at the Stadio Olimpico ended in a 1-1 draw. Tadic was of great value to Ajax in the Europa League for three goals and two assists, although he missed a penalty kick in the first match against the Romans.

Villarreal is the purveyor to the court with seven football players. Unai Emery’s team won the Europa League after a thrilling penalty shootout at the expense of Manchester United. The English are also well represented with six football players.