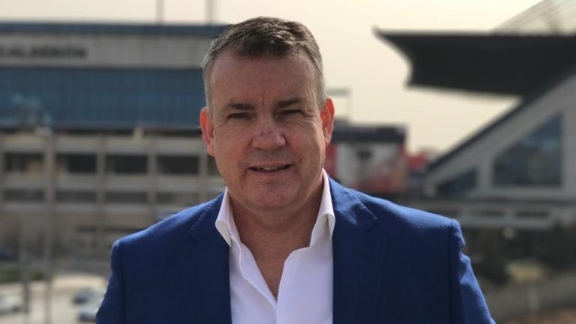 Sierd de Vos has come under fire in Croatia after he made a misplaced joke about Domagoj Vida on Wednesday evening prior to Besiktas – Ajax. According to ‘s commentator Ziggo Sports the Turkish club had to ‘apply for an exemption for the defender because he is so ugly’. Those words are not appreciated by the sports commentator in Croatia, the homeland of Vida.

De Vos, known for his controversial way of beating matches, did not take long to insult the ‘wink Croat’, as Vida is also known. “Besiktas has applied for an exemption for playing along with Vida. He is so ugly, he is normally not allowed to play at this time, because children are watching”, were the words with which De Vos started the match between Besiktas and Ajax. The fragment was initially shared by Ziggo Sport on Twitter, but later removed from the web.

The Croatian sports medium gol did not miss the moment and devoted extensive attention to the incident the day after the victory of the team from Amsterdam over Besiktas (1-2). “Why is he doing this job? What a scandalous appearance from the commentator,” headlines the sports platform. “Ajax’s victory was overshadowed by a disgraceful performance by Sierd de Vos. He has a characteristic way of commenting and knows how to jump out of a normal frame within his work. It is not strange to him that he insults players. It will be interesting to see if Vida or his club Besiktas react to this outburst.”

On the medium’s Facebook page, where they shared the news item, De Vos is also heavily dragged through the mud. “This Dutch commentator would frighten the devil himself with his appearance,” reads a response. “It’s not his job to judge someone by his appearance and how he looks. There is no reason for that. He is not a beauty himself.” Another goes a step further. “He looks like a wild boar. A nice fat drug addict. They have to make him clean the sewer as punishment.”

The appearance of David Neres also had to pay the commentator on Wednesday. “Neres is sleeping, as he also looks”, were the words of Sierd de Vos. Vida was best known in the Netherlands for his performance on behalf of Dinamo Zagreb against Olympique Lyon in 2011. The Croatian club lost 7-1, thwarting Ajax’s way to the knockout phase of the Champions League on the basis of goal difference. It was claimed that the game was sold by Zagreb. Footage showed how Vida gave a wink to Lyon striker Bafétimbi Gomis after the fifth goal of the French.