Pasveer is satisfied with his debut in the Dutch, but also sees improvement

Pasveer is satisfied with his debut in the Dutch, but also sees improvement 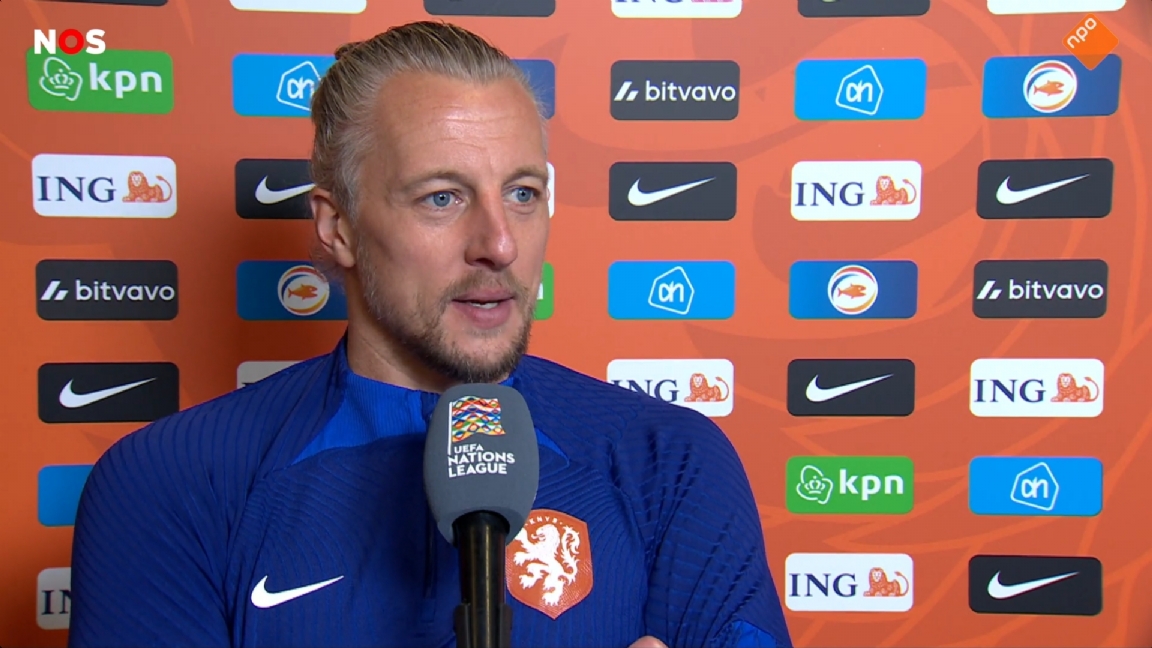 Remko Pasveer generally looks back with satisfaction on his debut for the Dutch national team. The 38-year-old keeper immediately kept ‘zero’ in his first international match, in the Nations League against Poland (0-2 win), on Wednesday evening. “Defensively, I think we fulfilled the assignment well,” Pasveer says to the afterwards NOS. The Ajax goalkeeper is self-critical about his contribution to the build-up game.

“I think I played well,” Pasveer tells ESPN. “The first half was good from my side, the second half was more difficult in terms of the footballing part, because the field was really bad. It bounced a lot, so take a little less risk with more long balls in the second half, not at all if you are already 0-1, and later 0-2. I think it was decent, but football could be better.”

Pasveer only had to make two saves: one on a moderate long shot by Sebastian Szymanski and one on a shot towards the far corner of Nicola Zalewski. “I didn’t have much to do, so it was mainly about the footballing aspect”, knows the veteran, who at the age of 38 became the second oldest the Dutch debutant of all time (Sander Boschker made his debut in 2010 at 39 years old). age).

“This is one of the most beautiful evenings of my life”, Pasveer tells ESPN. “I would not have dared to dream this a few years ago. In recent months it was a bit coming, because there was also frequent contact.” Pasveer considers himself lucky with his hare. “I just got him, along with Kenneth (Taylor, ed.), who also made his debut. A speech? I did say something, of course. Nice.”

Louis van Gaal about Pasveer
Pasveer appears to be on a par with Louis van Gaal with regard to his performance in playing football. “I still have something to say about him, but he keeps the zero,” said the national coach to the national team NOS. “Although actually the whole team does that. He is lucky that the game with the opponent was performed very well. That was also my demand before the game, that we should keep the zero. Covering and squeezing the wingbacks who then provide cover; we did that very well.”