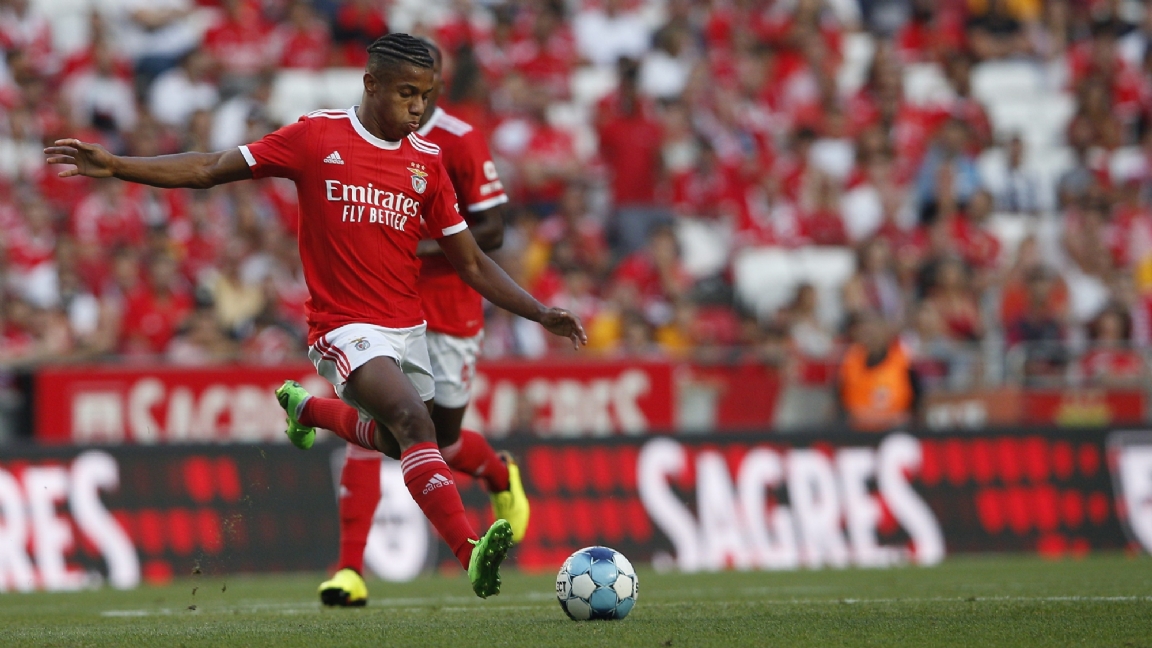 Roger Schmidt had an excellent start to his period as Benfica’s trainer on Tuesday. The German won with the Portuguese top club very well against FC Midtjylland (4-1) and is already with one leg in the play-offs of the Champions League. David Neres had a great debut for Benfica with two measured assists on Goncalo Ramos, who produced a hat-trick.

Neres must have been looking forward to the match against Midtjylland for a long time. For the Brazilian it was his first official match since December 22 (!), when he came in for Ajax against Fortuna Sittard (5-0 win). This was followed by a short but perilous adventure with Shakhtar Donetsk, for which he would never make his debut because of the Russian invasion of Ukraine. Neres was thrilled to start this summer under Schmidt, who posted him as a right winger. Gonçalo Ramos acted as striker in the absence of Darwin Núñez who left for Liverpool.

After more than fifteen minutes, Neres prepared the opening goal by crossing the back line in the penalty area and giving the right to Ramos. The striker only had to put his head against the hard assist: 1-0. Neres saw a dangerous shot turned a few minutes later and prepared Ramos’ next goal after more than half an hour. Once again the former Ajax player outsmarted his opponent and again he crossed with his lesser left, albeit over a much greater distance. Miraculously, the ball landed right on the head of Ramos, who scored in freedom: 2-0.

Four minutes before half time, Enzo Fernández made it 3-0 in a fabulous way, by suddenly filling in a cleverly taken corner from sixteen meters. The goal was reminiscent of Arjen Robben’s 2010 against Manchester United. After exactly an hour of play, Ramos completed his hat-trick. This time the striker checked in the penalty area on a pass from Rafa Silva, to shoot from the turn: 4-0. Midtylland barely made it into the piece, but with a connecting goal fifteen minutes before the end still had some view of the next round. Pione Sisto made it 4-1 from a penalty. Benfica had great opportunities for more in the final phase, but was unlucky in the finish.