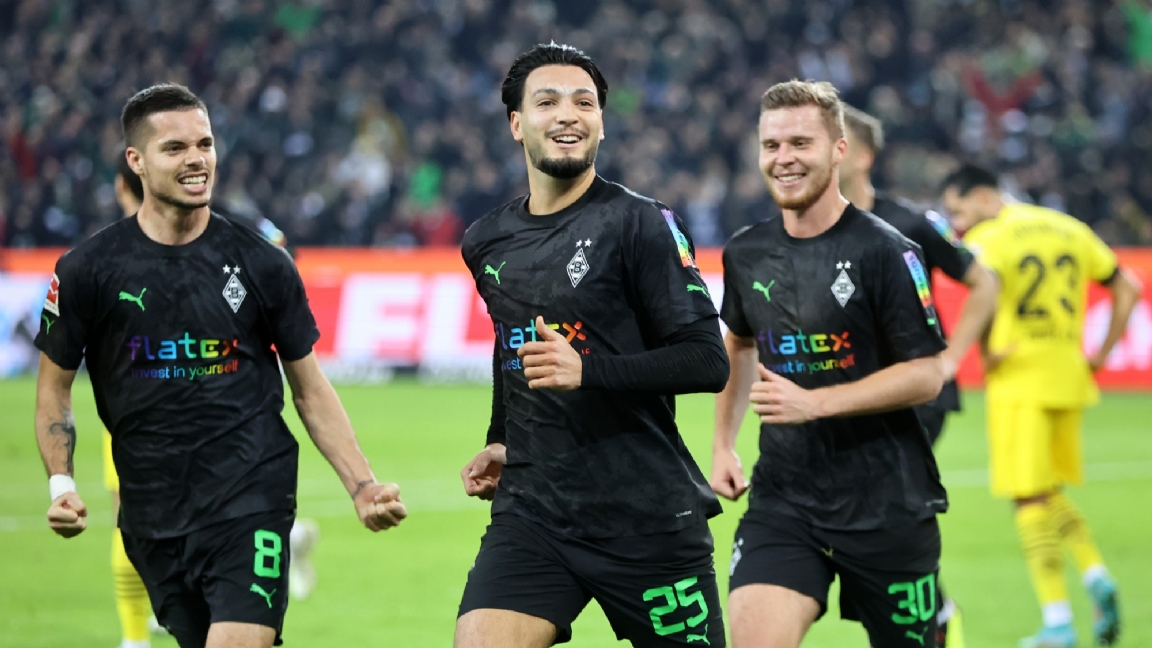 Borussia Dortmund suffered another defeat in the Bundesliga on a visit to Borussia Mönchengladbach. After the team of trainer Edin Terzic had already lost 2-0 to VfL Wolfsburg last Tuesday, it went down 4-2 at Gladbach on Friday evening. As a result, the gap with leader Bayern Munich for number six Dortmund can rise to nine points this weekend. Gladbach rises to seventh place with the win.

On the side of Dortmund, there was again a starting spot for Donyell Malen, who started as a left winger. Furthermore, Terzic made two changes compared to the duel with Wolfsburg: Giovanni Reyna was in the starting line in Karim Adeyemi, while Emre Can was preferred over Salih Özcan. At Gladbach, there was one other player in the base compared to the previous game (2-1 defeat against VfL Bochum): Alassane Pléa was missing due to a corona infection, so that Lars Stindl started as left winger. Furthermore, former FC Groningen defender Ko Itakura was back in the selection for the first time since the beginning of September after an injury that Fohlen.

We don’t want to withhold this goal from Brandt from you. Pay special attention to Bellingham’s assist ??#ViaplayFootball #ViaplaySportNL #BMGDOR pic.twitter.com/7AmBupSXCS

The home side took the lead within four minutes. Stindl found Jonas Hofmann, after which the right winger hurt his old club with a slider in the corner. Fifteen minutes later, however, it was already level: Jude Bellingham found Julian Brandt with a nice pass, the German took the ball and immediately made it 1-1. That score was also only briefly on the board, as seven later, Rami Bensebaini gave the home team the lead again. In the thirtieth minute Marcus Thuram even signed for the 3-1 after a nice acceleration, after which Nico Schlotterbeck ensured from a corner that the teams went to rest with a margin of one goal.

The ball was in again after 37 seconds into the second half. Kouadio Koné shot from the edge of the penalty area to pass Gregor Kobel: 4-2. In the remainder of the game, Gladbach had plenty of opportunities to finally close the game, but Thuram in particular did not have his sights sharp. In the 68th minute, Hofmann seemed to make it 5-2, but the goal was disallowed because it had been preceded by a foul. Also in the sequel, Dortmund could no longer make a fist, so Gladbach easily crossed the line with the three points.

Is that what you call coming out of the locker room strong?