Leverkusen bows with field player on goal for Borussia Dortmund

Leverkusen bows with field player on goal for Borussia Dortmund 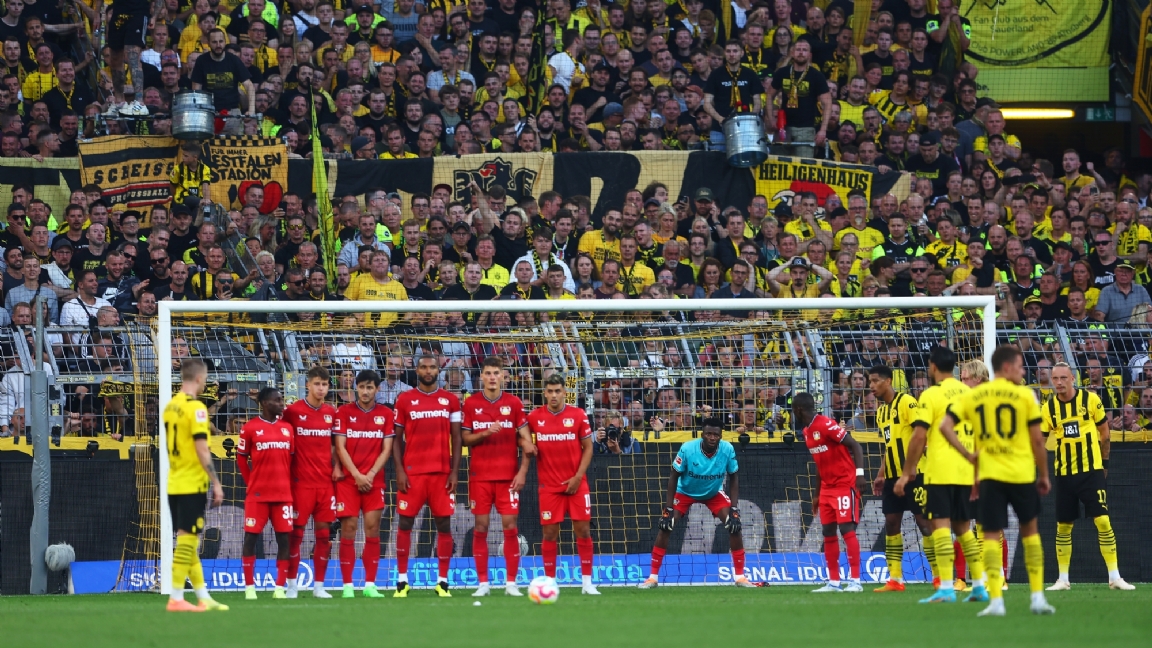 Borussia Dortmund have started the new Bundesliga season with a win. The team of trainer Edin Terzic settled in-house with pain and difficulty with Bayer Leverkusen: 1-0. A goal from Marco Reus and an outstanding Gregor Kobel were enough for the first three-pointer. Fellow goalkeeper Lukás Hrádecký did himself a less good service and had to step in in the final phase because of a handball. Field player Edmond Tapsoba took his place under the bar after five substitutions had already been made. Donyell Malen played almost the entire game with the home team, while Jeremie Frimpong and Mitchell Bakker got playing minutes with Leverkusen.

Leverkusen immediately knew what to do on the first day of the Bundesliga. Dortmund has managed to win the opening game in the last seven seasons, a league record shared with Bayern Munich (2012-2018). The sick Sébastien Haller was missing from the home team. His place was taken by the only seventeen-year-old Youssoufa Moukoko. The latter saw how the ban was broken by Reus after ten minutes of play. The captain could easily tap in when the ball stayed on the goal line after a bet by Karim Adeyemi.

In addition to Adeyemi, newcomer Nico Schlotterbeck also appeared at the kick-off. Niklas Süle watched the game from the stands. Halfway through the first half, Reus was given an imposed opportunity to double the score. The midfielder provided space and lashed out, but saw his attempt go wide. Just before that, Patrik Schick had killed an opportunity on behalf of the visitors. Disappointment for Dortmund was the failure of Adeyemi. The attacker had to stop the fight after more than twenty minutes due to an injury.

There was much more to enjoy in the second half. A goal by Exequiel Palacios (header) was disallowed for offside and Schick encountered Kobel from close by twice, who kept an unparalleled match. Ten minutes before the end, Leverkusen seemed to be leveling after all, when Schlotterbeck slid the ball behind his own goalkeeper. However, in the run-up to the goal, offside was found. While Dortmund had their backs against the wall, it was helped in the absolute final phase by Hrádecký. The goalkeeper made hands outside the box and was shown red. Since Leverkusen had already made five substitutions, Edmond Tapsoba had to go on target, but he got nothing to do.