Kudus speaks about eventful transfer summer and future at Ajax

Kudus speaks about eventful transfer summer and future at Ajax 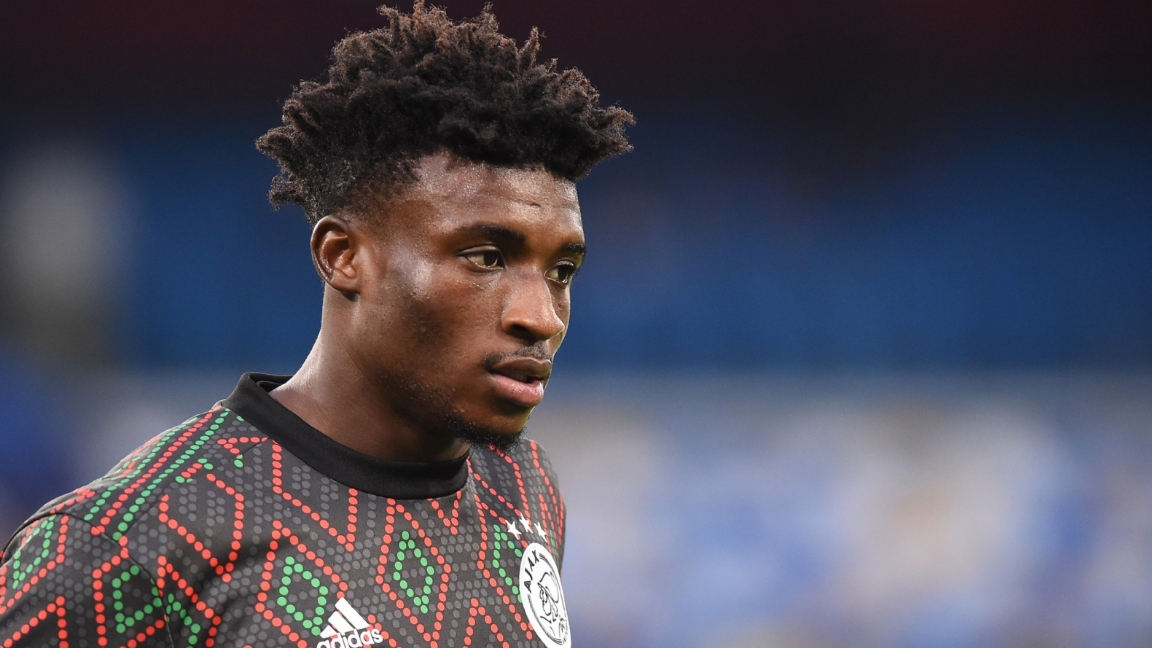 Mohammed Kudus sees no point in a winter departure from Ajax, the Ghanaian says in conversation with the General Newspaper. Kudus tried in vain to force a departure to Everton during the final days of the summer transfer window, but went on to become a major force in trainer Alfred Schreuder’s side.

As a striker, Kudus has been crowned the club’s top scorer in recent months in a Champions League campaign that has been disappointing for Ajax. He has already scored ten goals in nineteen official matches in all competitions this season. Kudus now wants to ‘absolutely’ finish the current season at Ajax, but that does not mean that his hunger to make a transfer has been sated. “Not necessarily, because I’m a player who likes to challenge himself. This is my third season here. We’ll see what the future brings. The most important thing is that I just keep performing for the team and the rest will follow naturally later.”

Kudus has never made it a secret that he feels he fits best as ‘Number 10’. During the home defeat against PSV (1-2) the eighteen-time international of Ghana finally got the chance to show himself in his favorite position last Sunday. Kudus says he was not annoyed that he had to wait so long for this. “At the beginning I didn’t play at all. I’d rather start as a striker than on the bench. It mainly has to do with my personal development. It’s more that I think I can do even better in my own position than as a striker. So it’s not annoying, because the team takes precedence over everyone. I want us to win.”

After the elimination in the Champions League and defeat against PSV, Kudus wants to close the first half of the season well this week against Vitesse and FC Emmen. “We wanted to excel more than we have done so far,” the midfielder says. “I also hoped that my goals would lead to a good result more often. Now we need to take lessons from lesser results in order to grow stronger and achieve our goals. I do that myself. That’s why I hardly thought about the World Cup. We have two games left. We have to win that and only then will I fully focus on Ghana and my first World Cup.”