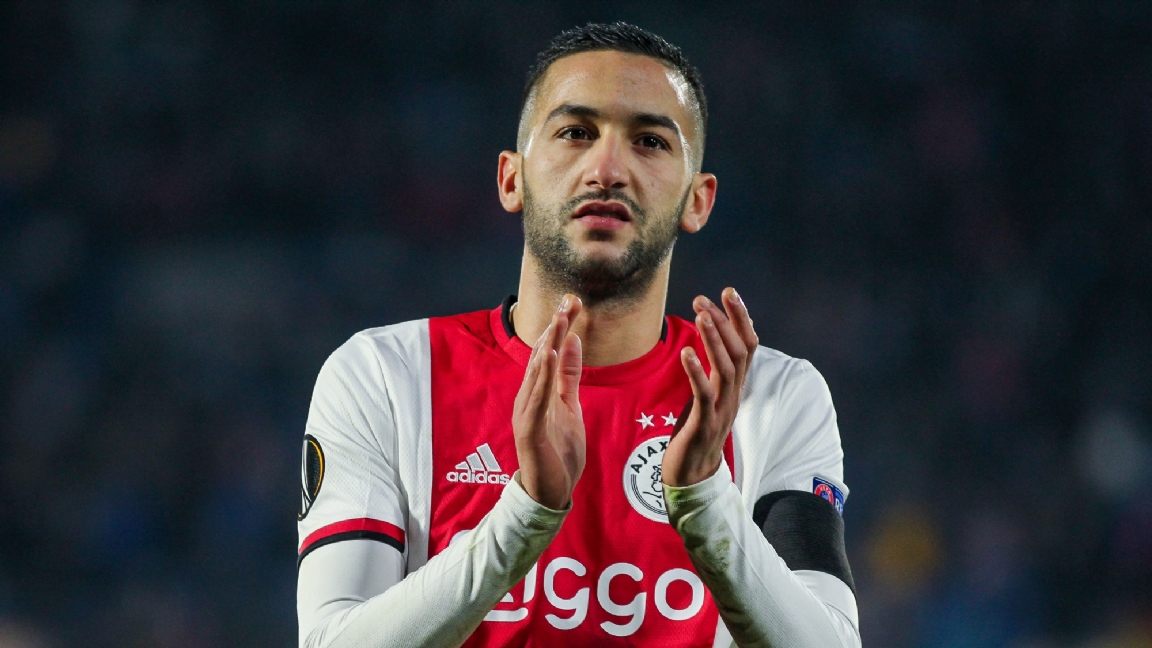 In the second season of Kopstukken, Justus Dingemanse interviews famous faces from Dutch football journalism in Restaurant & Bar NOLA in Utrecht. On the basis of interesting anecdotes, they provide a glimpse into the media world full of press rooms, broadcasters and tight deadlines. In this episode, editor-in-chief of Voetbal International and Ajax club watcher Freek Jansen takes a seat next to Justus to share his own story. He talks about the Overmars scandal, his short career as a professional football player and why he actually has nothing to do with Ajax.

When Justus walks down the street with a photo of Jansen, someone recognizes him as ‘he who earned a lot of money with those mouth caps’. The writer of VI is also sometimes called when namesake Freek Jansen (member of parliament for Forum for Democracy) makes a striking statement. However, there is little controversy about football journalist Freek Jansen. “I am always cheerful. I don’t take it all too seriously either,” he explains.

That is why the journalist often smiles with ‘competitors’, does not necessarily look for what is irritating and does not dive like a vulture on the latest news. Jansen sees a more relativistic role for himself: “I don’t see any competitors, I value people for their qualities in the field. I’m not really a journalist myself, just an enthusiast. Floating just above the situation and offering a certain context, that is my quality.” 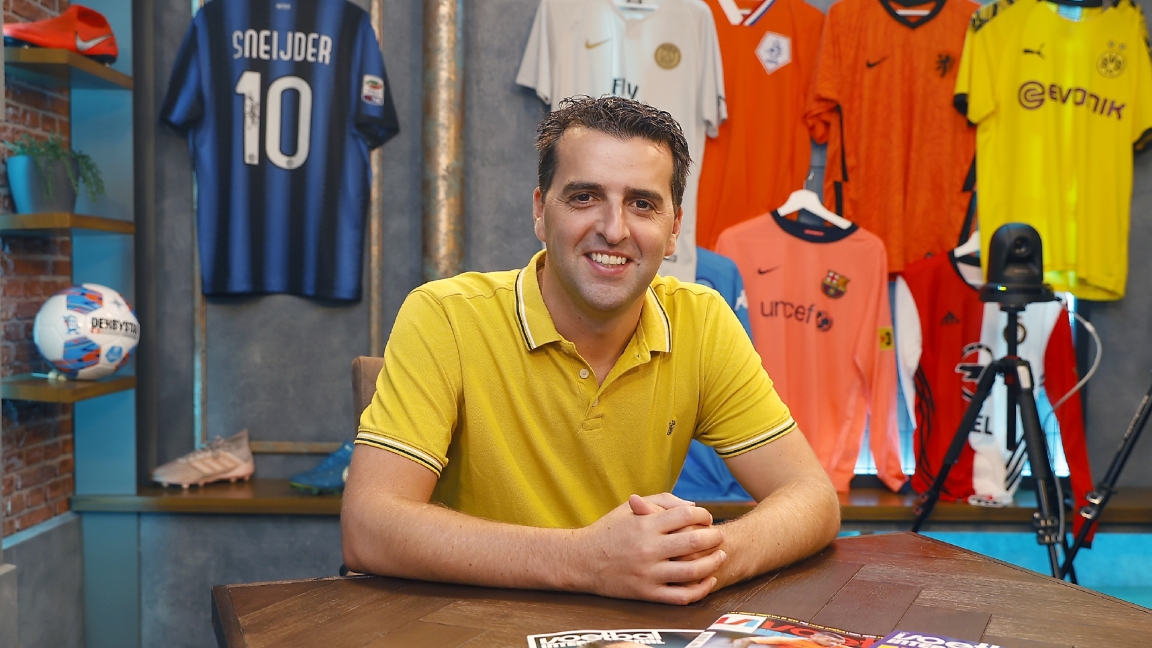 Freek Jansen at the table in the studio of Voetbal International

The football journalist
For his contemplative stories from that world, it is handy that Jansen himself was once close to professional football. As a young talent he played for De Graafschap and NAC Breda, but he did not reach the first. He never really had the dream of achieving professional status. “I found student life in Tilburg much more enjoyable. Then I noticed that I would unsubscribe from the training, because I would rather do fun things. And I wasn’t good enough either!” he explains.

Jansen emphasizes that he does benefit a lot from this experience in his work. “That’s why I understand the dressing room well. I have played with and against many players who did make it. That was easy in interviews. At NAC Kees Kwakman then said: ‘Hey, I played football against you.’” He found it more difficult to speak with the generation that shone on the fields when the VI writer was a child himself. “Then you think: ‘Oh, Marco van Basten!’. But, after the second time it’s: ‘Oh… Marco van Basten’”, he sounds relieved, “and after ten times it’s ‘Marco van Basten, that’s a bad trainer.’

Football is just an afterthought, Jansen emphasizes, and the people within it are just people. He is therefore not very good at the ‘hierarchical hassle’ of Louis van Gaal during press conferences. “That makes no sense. It’s not like he’s solved the pandemic. He has been important for football, yes… then I find the tone towards the journalists annoying. Because that’s how you talk to people at home.” The editor-in-chief enjoys zooming in on the sport, but never loses sight of the big picture: “The football world is made much more beautiful from the outside, but it is so small.”

As a club watcher for Ajax, on behalf of Voetbal International, Jansen sees up close on a daily basis that an ivory tower is not yet an Olympus. He saw Marc Overmars fall from his pedestal, among others, when he was accused of transgressive behaviour. “Then it’s immediate switching. What are we going to deliver? A bit of thinking in end products, yes.” Once the quick news item was published, the relativizing journalist was able to do his job. He was well helped with that: “This was so insane, that people were very open about what they knew about it.”

This may have been the other extreme, but Jansen actually likes it when things don’t run smoothly at the Amsterdam club. “It’s good for dynamics when things go bad. That is why it is sometimes nice when Ajax does not win.” He calls the club ‘journalism interesting’, “because everything that happens is news. I see myself more as a positive writer, but if PSV beat Ajax 3-0 and the bus is awaited, then those are very exciting times.” 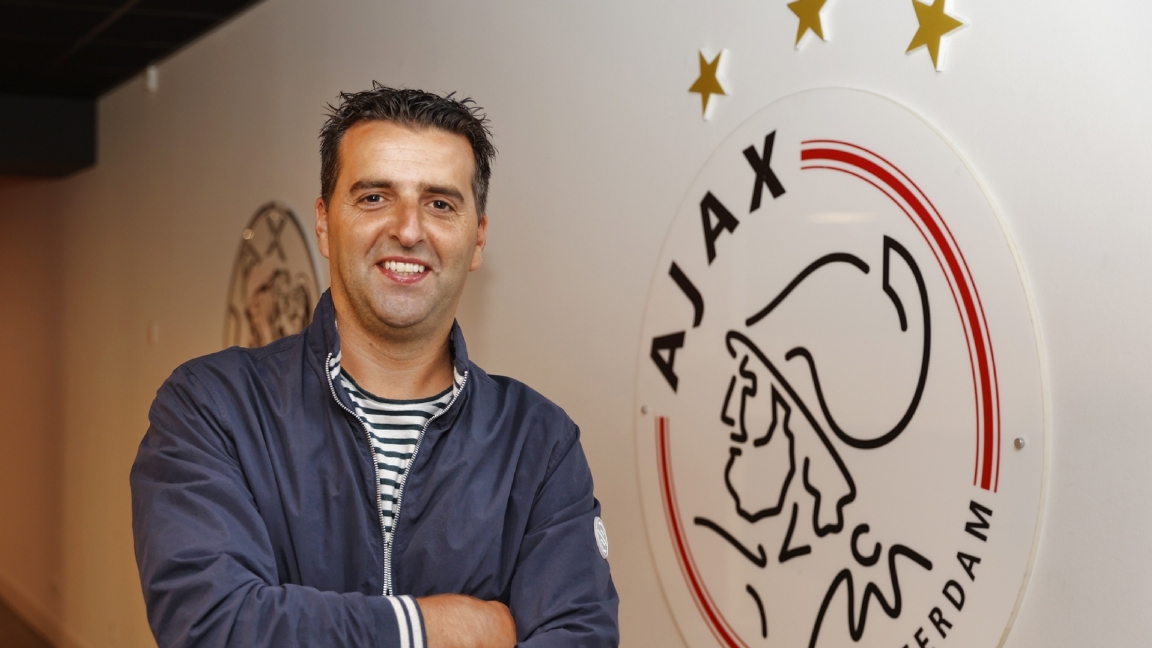 Not a fan of Ajax
Fortunately, Jansen has also written many beautiful stories about Ajax during his many years of employment. He wrote the most beautiful, in his own words, for another employer: Algemeen Dagblad. “I will never improve the Ziyech story. Really bad, isn’t it?”, he says about the extensive interview with the Moroccan midfielder. “I have a good relationship with him, based on trust. He’s a very special boy. He was very open about the relationship with his mother and how he assisted Leon de Kogel after his car accident. He was otherwise often gruff when he was interviewed.”

That personal click with a player is the only way in which Jansen can be somewhat ‘fan’ of a club. “I actually have nothing to do with Ajax, or PSV or Feyenoord. After Ajax – Tottenham Hotspur, it was over within a few seconds,” he says about the club that he has been keeping a close eye on for years. “I like to do that, but Ajax doesn’t interest me as a club.” Long before the editor-in-chief became a club watcher at Ajax, he declined to do the same at PSV.

“I thought that was a smart move. I didn’t even know there was such a hierarchy behind it. Taco van den Velde called me the next day: ‘What have you done again?’” Jansen felt that he still had plenty to learn at smaller clubs, which he still describes as the best job. “I had Utrecht, ADO Den Haag and De Graafschap in my package at the time, which was really great. There was always something happening and you could talk to anyone.” 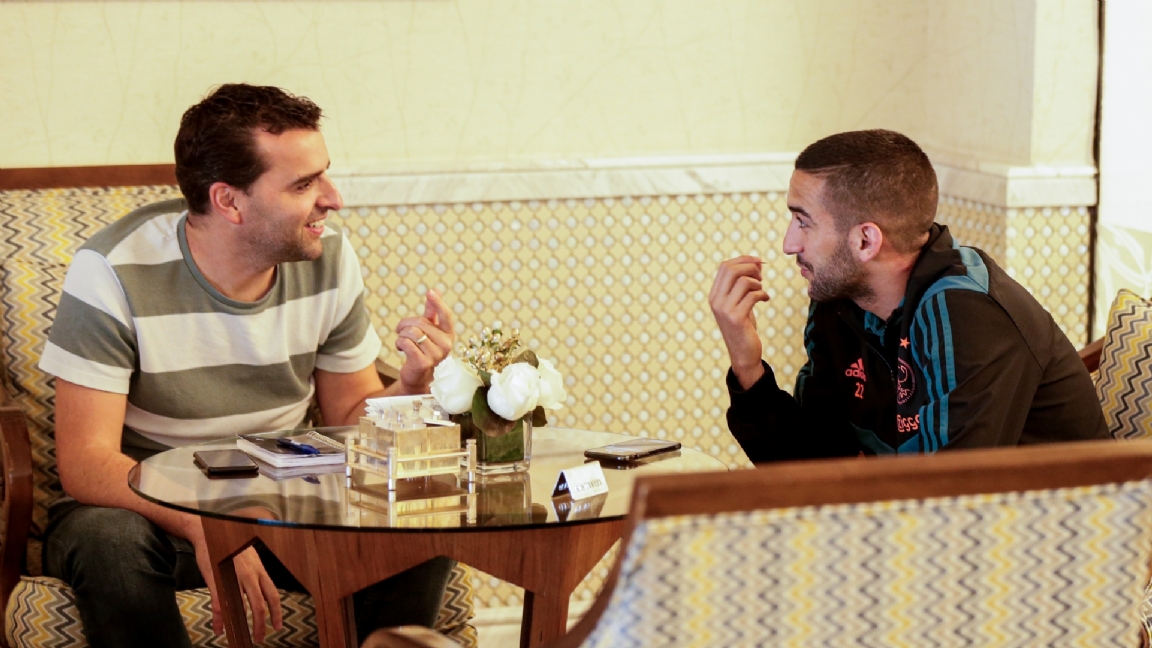 In his own words, the story with Hakim Ziyech was the best of his career

Charm of small clubs
I especially enjoyed the freedom with the players. Jansen could just invite them to a local cafe. “Then you just chatted for two hours. And then you make a story. That cannot be compared to being a top club watcher.” He still remembers a trip to the Dom with the then Utrecht player Édouard Duplan. “He had re-signed. Then we went to take pictures at the top of the Duomo. There was a fairly hefty photographer among them. He first panted for ten minutes upstairs before he could take a picture.”

Even with all his experience with Champions League matches, Jansen prefers nothing to the charm of small clubs. “FC Groningen – ADO Den Haag, twice 5-1. Then I followed ADO”, he remembers one of his most beautiful matches. “That was the best team I’ve followed in fifteen years, with Jens Toornstra and Lex Immers, those are my friends too. ADO was doing well and they went into Europe. That was fantastic to experience.” Yet he knows an even better match: “The wonder of Woudestein is number one.” 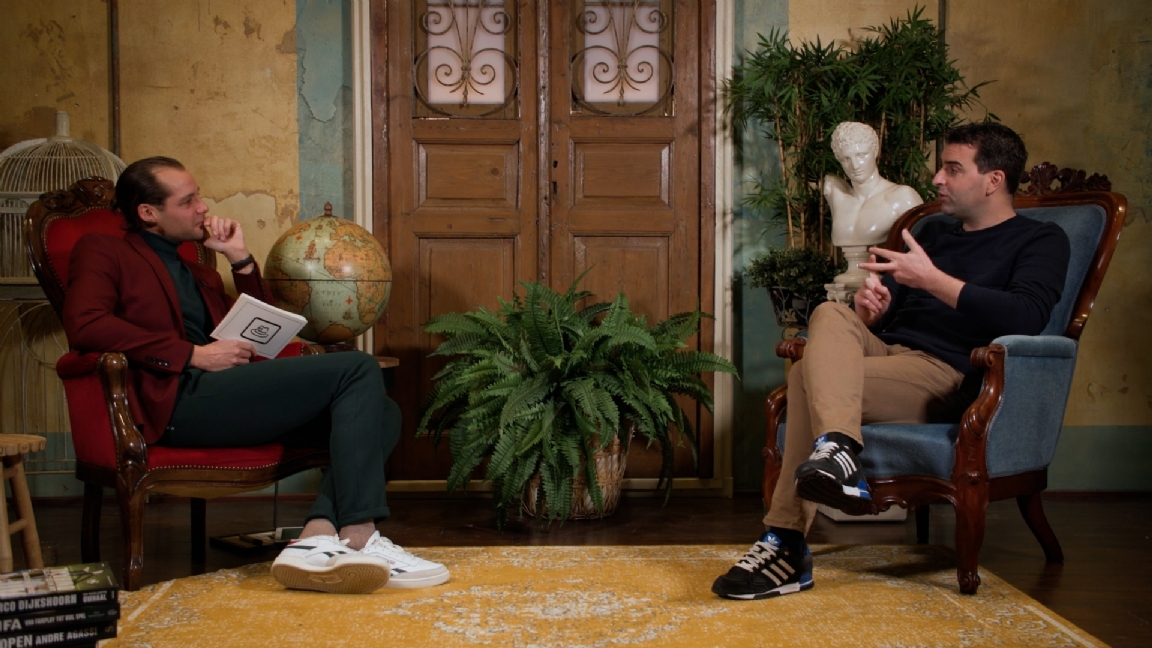 The football fan would therefore rather look at the cellars of competitions than at the crème de la crème of Europe. “I think play-offs for promotion and relegation are fantastic. There is so much at stake. Much more than at the top. Then there will be layoffs if clubs don’t make it.” He sometimes experiences such a situation at the only club that has a favorite status with Jansen: De Graafschap.

He declined a membership to the Supervisory Board at that club in 2018. “I had conversations there, but didn’t do it.” But, should Jansen ever make a career switch, the Superboeren club will be high on the list. “I can see myself taking the step to a technical position at the club. If I worked for a football club, that would be it.” 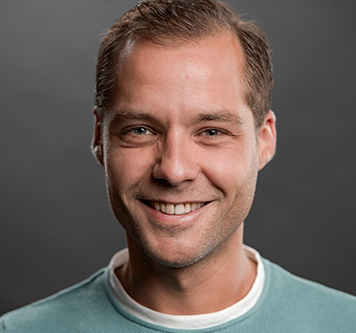 Justus Dingemanse is a full-time presenter and program maker at Voetbalzone and makes contributions in the form of exclusive interviews, reports, documentaries and programs.