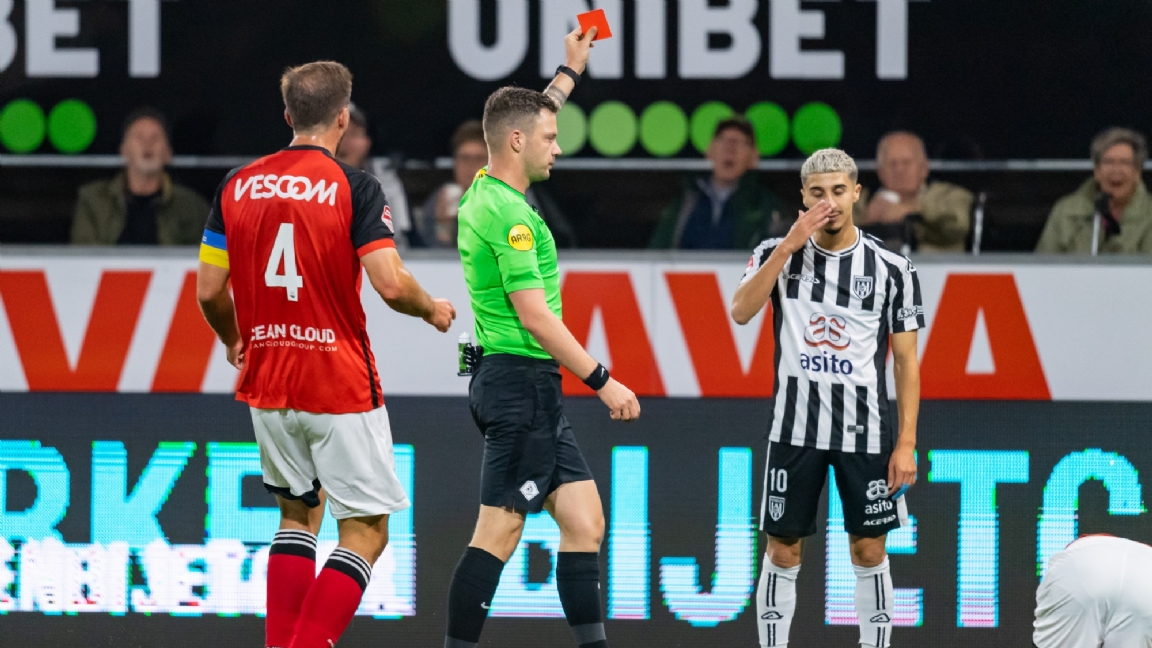 Heracles Almelo won 2-0 against Helmond Sport on Friday evening at home. A victory seemed a utopia for a long time after the red card for attack leader Anas Ouahim in the fifteenth minute. The ten of Heracles took the match in the second half and is therefore equal in points (nineteen) with leader PEC Zwolle. The people of Zwolle occupy first place in the Kitchen Champion Division because they have scored one more goal.

Ouahim was shown the red card for a rough tackle on Helmond defender Flor Van den Eynden. In the following minutes, the visitors appeared threatening several times in front of Heracles’ goal. However, Arno Van Keilegom shot the ball into the side net from close range. The home team slowly recovered from the early setback and seemed to take the lead in the 35th minute. Nikolai Laursen did not manage to pass goalkeeper Mike Havekotte despite the great chance and space. Halfway through, both teams went to the changing rooms with a tie.

While Helmond tried to take advantage of the surplus situation before half-time, it was Heracles who broke the spell shortly after the restart. Lucas Schoofs scored his third goal of the season with a good header after a good free kick, and thus also the lead for the home team. Helmond did not leave it at that and went on the hunt for the equalizer in Almelo. However, the Brabanters lacked poison in attacking terms. Right back Van den Eynden came closest to 1-1 for Helmond with a shot that flew just over the bar.

Heracles finally won the match with two minutes left on the clock. Abed Nankishi ran out of Helmond’s entire defense, and then coolly scored the 2-0. A big party for the players and supporters of Heracles because of the victory and the shared lead in the Kitchen Champion Division. The team of John Lammers will continue the title fight against FC Den Bosch in exactly one week.