‘He looks like Robin van Persie in his younger years’

‘He looks like Robin van Persie in his younger years’ 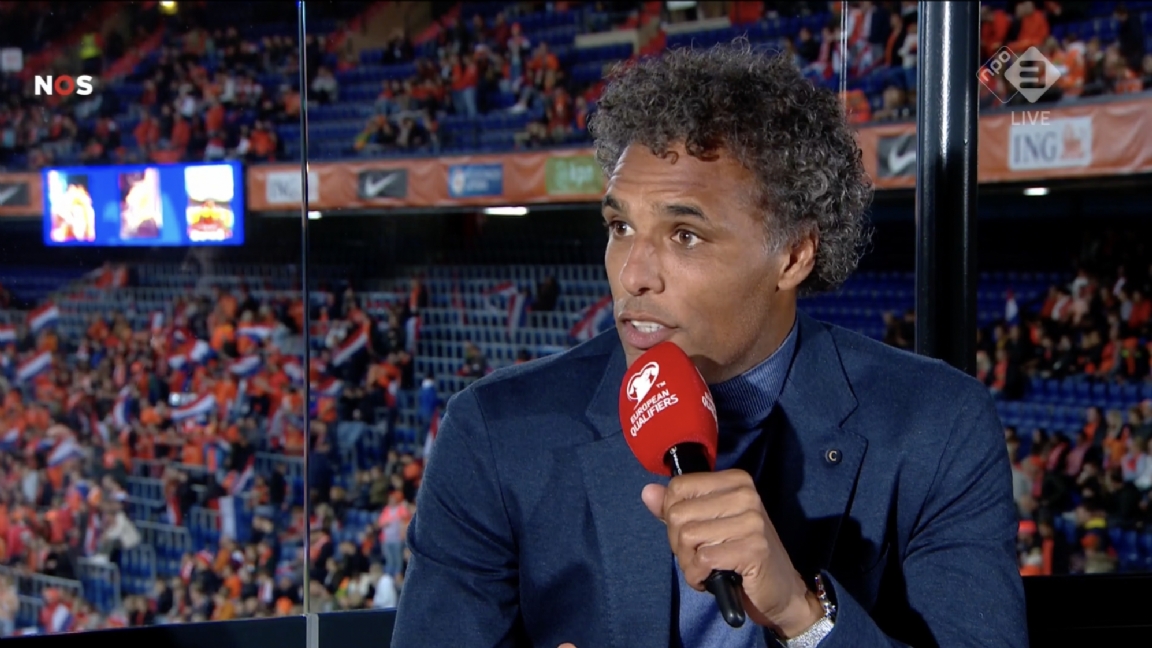 Noa Lang made his basic debut in the Dutch on Monday evening. Although the left-handed attacker failed to score in the World Cup qualifier against Gibraltar (6-0), he left an excellent impression on the analysts in the studios of the NOS and ESPN. Pierre van Hooijdonk sees similarities between the starting debutant and Robin van Persie, while Rafael van der Vaart and Hans Kraay Jr. were also extremely satisfied with Lang’s performance.

During the review on ESPN Kraay Jr. is very positive about Lang. “He has shown especially at Club Brugge that he has exceptional qualities, but not as a real left winger. More like a free left winger; a second number ten. Whatever he has, and only the real attackers have that, is just a little out of place. provoke and then pass,” said Kraay Jr., who also highlights the front assist at the 2-0. “This is hiding, something an ordinary footballer cannot do. It does not matter whether it is Gibraltar or Spain or Italy. An ordinary footballer can’t see this and can’t perform it. This is just a real footballer.”

GOAL – And now it’s hit for Memphis. Davy Klaassen lays down and Memphis taps the ball in: 2-0. His 34th for the Dutch national team.#nedgib pic.twitter.com/3oMqm92XNv

“Louis van Gaal had asked him: ‘Can you also play right winger?'”, continues Kraay Jr. “Yes, of course, although he should play left back. He is so eager, but he is not a right winger. A right winger with a right leg. will also go outside once, reach the back line and give a cross, but he always wants to go over the left leg of the right back from the left. He has so much feeling, also in his left leg,” the analyst said while looking at images of the assist with seeing left at the 4-0.

Van der Vaart was already very lyrical about the attacker during the break. “How Noa Lang did it? In the first half hour I thought he played really great. I like his look. He just shits about everything and does his thing. He’s a bit of a playmaker on the left, and I think it’s crazy to watch him,” said the analyst, who particularly liked Lang’s “front assist” on Memphis Depay’s 2-0. A viewed pass with the outside right on Davy Klaassen also appealed to Van der Vaart.

GOAL – A good shot, movement and cross from Noa Lang. The basic debutant puts the ball on the head of Denzel Dumfries, who makes it 4-0 just after the break.#nedgib pic.twitter.com/fz7rFAfUYO

“I am absolutely satisfied with him”, Van der Vaart repeats after the match. “All that was missing was a goal, but he had some great moves.” Lang gave the decisive through ball to declarant Klaassen at the 2-0. Subsequently, the Club Brugge attacker also played an important role in the 4-0. After a nice attack, movement and cross from Lang Denzel Dumfries was able to work the fourth goal against the ropes.

Halfway through, Van Hooijdonk indicated that he sees similarities with a former teammate of Feyenoord and the Dutch. “His whole presentation and ‘shame on’ reminds me of Robin van Persie in his younger years. Van Persie was also very convinced of his qualities and he also wanted to have every ball during his first games at Feyenoord. Claim everything, and the quality shines through”, suggested Van Hooijdonk.