French and Dutch media united on dissonance of ‘toll paying’ PSV: Guus Til

French and Dutch media united on dissonance of ‘toll paying’ PSV: Guus Til 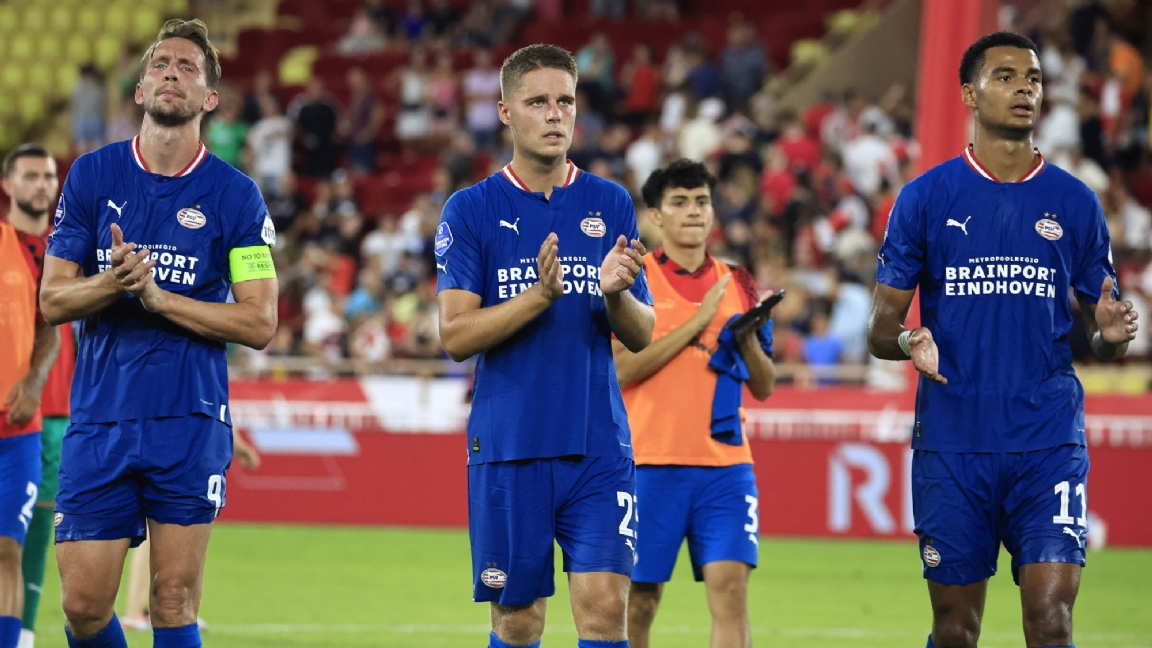 PSV managed to pull off a 1-1 draw at AS Monaco in the third qualifying round of the Champions League on Tuesday evening after a nerve-wracking final phase. As a result, the selection of Ruud van Nistelrooij has a creditable starting position for the return game in Eindhoven. However, it was anything but easy, both French and Dutch media saw. The fatigue due to the Johan Cruijff Scale is mentioned in the reports, as well as a player who is not yet able to succeed with a simple touch of the ball’.

PSV performed well in the first half, seen in both the Netherlands and France. It resulted in a 0-1 halftime score, with Joey Veerman responsible for the only goal. The 23-year-old midfielder was seen inside and outside the national borders as an absolute star of PSV. “The fact that he was positioned lower than his colleague Guus Til did not prevent him from becoming the most dangerous man,” writes L’Equipewhich Veerman gives the highest score of all PSV players: a 7. Ismael Saibari, Ibrahim Sangaré and Luuk de Jong also get a pass, the rest have to make do with a 5 or lower.

In contrast to Veerman, ‘Colleague Guus Til’ has to suffer completely. “Til can’t even take or pass a simple ball,” writes So Foot about the summer acquisition, who scored three more times last Saturday in the won game for the Johan Cruijff Scale (3-5). The French football website was also significantly less positive about PSV’s play than its media colleagues. “They didn’t even try to be dangerous until that collective flash of geniusconcluded by the wonderful midfielder Joey Veerman.” So Foot especially a ‘sovereign’ Sangaré impression.

As for the second half, France also saw ‘the match of two faces’, such as The Telegraph titled the Champions League match. However, people are critical of Monaco’s offensive ignorance. “Axel Disasi (maker of the 1-1, ed.), had two possibilities to give himself a double blow. He is a defender, but still the one who caused the Argentine goalkeeper the most problems. It underlines Monaco’s difficulties on the offensive flat. Philippe Clement’s men were especially dangerous from free kicks,” he said L”Equipewhich assigns a 3 to the most attacking players Wissam Ben Yedder, Kevin Volland and Takumi Minamino.

PSV, however, remained standing, as a result of which Monaco, according to So Foot ‘holding fate in your own hands”.
The Telegraph speculates that the ‘toll-paying’ Eindhoven residents might have lasted longer without last Saturday’s game. “At the end of the game, PSV was physically against the tax in the sweltering Monaco, but the final result and the displayed game offer sufficient starting points for the most part of the game to reach the play-off of the Champions League”, the newspaper said. PSV will, however, face the same scenario at the return next Tuesday: after Saturday’s competition overture against FC Emmen, there is exactly the same amount of time (three days) to rest.