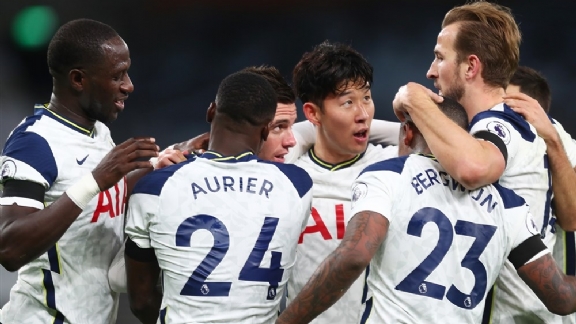 Tottenham Hotspur has taken the lead in the Premier League for the first time in six years. Manager José Mourinho’s team collapsed against Manchester City and struck twice on the counterattack. Early in the game, Heung-Min Son opened the score the Spurs, after which substitute Giovani Lo Celso threw in the game in the 65th minute, a few seconds after his entrance: 2-0.

Steven Bergwijn was allowed to start from Mourinho on the right flank and was therefore preferred over Gareth Bale and Lucas. The match started in the fifth minute, when Tanguy Ndombele sent a deep pass to Heung-Min Son. He sprinted full away at João Cancelo and easily placed the ball past Ederson Moraes, who had come far: 1-0. Shortly afterwards, a beautiful team goal from Tottenham, with an important role for Bergwijn, was disallowed due to offside by Harry Kane.

After that, there were also opportunities for Manchester City, which had the upper hand from that point on. First, Rodri headed goalkeeper Hugo Lloris in a favorable position, then a goal from City was also rejected. Gabriel Jesus received a high ball in the box and laid back to Aymeric Laporte, who finished placed. The party was canceled for the visitors, because Jesus in his assumption had made hands, referee Mike Dean noted after viewing the images. Just before half time, Jesus shot into the side net, leaving City behind at half time.

City started the second half convincingly and pushed Tottenham back again. Kevin De Bruyne first shot wide of about twenty meters, and then saw two attempts in a row being blocked from closer by Eric Dier. Twenty minutes after the break, Lo Celso’s insertion turned out to be a golden move for Mourinho. The attacking midfielder was reached in a razor-sharp Tottenham counter by Harry Kane and finished on the left side of the box: 2-0.

In the final phase, City still tried, but the belief in a result seemed to disappear from that moment on the team of Pep Guardiola. A header by Laporte from a free kick by De Bruyne was cleverly parried by Lloris in the ninetieth minute.