“Soccer players have to push these things.

“Soccer players have to push these things. 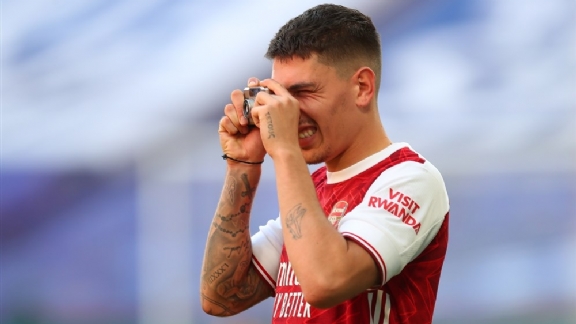 In recent years, Héctor Bellerín not only attracted attention because of his game as the right back of Arsenal. The 25-year-old defender is in photography besides his performances on the field, he launched his own podcast and last year he was seen on the catwalk during a Louis Vuitton fashion show in Paris. However, Bellerín pays at least as much attention to social issues, such as the fight against climate change and deforestation. Recently it was announced that the Spaniard has become the second-largest shareholder of the Forest Green Rovers in the League Two. This club is described by FIFA and the United Nations as the first climate-neutral sports club in the world and hopes to take further steps in the coming years.

That it is precisely Bellerín who commits to the Forest Green Rovers does not come as a huge surprise to those who have followed the operations of the triple international of Spain inside and outside the lines in recent years. The wingman often speaks out on the matters that concern him and recently made a promise to plant three thousand trees in the Amazon for every competition that Arsenal would win in June and July. Thanks to donations from supporters of the Gunners As well as other clubs, Bellerín can now plant 58,617 trees in Brazil together with the One Tree Planted organization. “The Amazon is the lungs of the earth. It’s so vast, so important,” he told early this month in conversation with Forbes. In the same interview, Bellerín spoke to Brazilian President Jair Bolsonaro and his Environment Minister Ricardo Salles, who are accused of encouraging deforestation and illegal mining, and endangering the indigenous peoples living in the area. “It is quite clear that these individuals are not helping us move towards what we need today. One of the biggest issues is the deforestation of the Amazon, and how lax they are in responding to it. It’s unbelievable that we still find people who deny this so much, who don’t understand how important the Amazon is to every human being on earth. It’s really terrible that whoever’s supposed to help that country forward is doing so much damage to a place like the Amazon.”

Bellerín’s criticism of the head of state of a country on the other side of the world for a footballer may be on foreign soil. However, the defender, who made the crossing to England at the age of sixteen, feels it is his duty to use his stature and reach for the things he considers important. In October of 2018 Bellerín spoke out in an extensive interview through the Arsenal club channels and he has garnered a lot of praise in recent years for the way in which he is committed to the things that are important to him: “I think we footballers have a huge platform when it comes to social issues that we should use much more often than we have done so far. I know it’s very comfortable just sitting at home with your family, your children and your friends and not thinking about anything. But with our platform, we should be the people who bring these issues to the fore so that we can move forward as a society,” he said a little over two years ago. “For me there are so many things at play… the climate is an important one, after I started to follow a vegetarian diet and eat vegan, I want to contribute to this. Plastic is also an important issue. I grew up on the coastline of Barcelona, when I go back now and see all the junk in the sea… I enjoyed this very much as a boy and when I think about the next generations I get sad. There are so many things we can help as football players.” 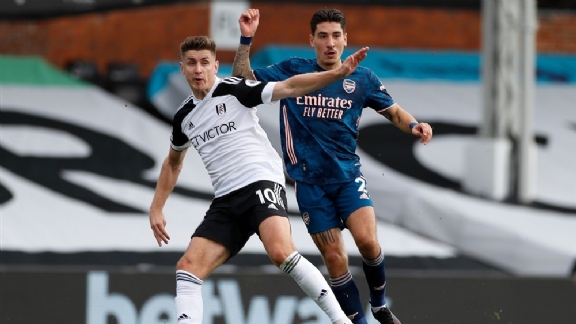 “There’s always comments like, “Just stick to football.
However, Bellerín notices a threshold with many of his colleagues when it comes to these matters and he also understands that footballers expose themselves to criticism when they intervene in such matters. Nevertheless, he urges his fellow players to take just that step: “Some players don’t understand and sometimes they do, but they prefer to sit at home without participating. When I bring these things to their attention, there are always comments from them: ‘Just stick to football’, but that’s not the point. Everyone can see that there are problems, but some people try to hide these problems. When you have a voice, a platform and a constituency like us… we are influential people, children want to be like us and even adults would want to have a son like us or live our lives. Few people are in a better position to discuss social, racial or environmental issues. It is our duty to do as much as we can. There are so many problems. I feel that football is an industry where we just have to keep quiet and play. I think the idea is that footballers can do nothing but kick a ball. That’s the stereotype, so when a player steps out of this mold he’s always seen as someone who isn’t focused enough on football because he does, that’s what he does. As I always say, we have so much free time and we’re all people with problems and worries. We have to push these things.”

Bellerín reinforced these words in recent years by, among other things, talking about his vegan lifestyle. In preparation for the 2018/19 season, the defender initially wanted to eat vegetable food for a few weeks in order to ‘detoxify his body’. However, Bellerín liked this change so much that he has since definitively kept animal products out of his diet: “I have always had a problem with my ankles, which became irritated in tough races. But now I don’t even have to protect them anymore. It wasn’t easy to get rid of everything I ate before and focus on a vegan diet. It took a couple of days before I started to feel better, but after about three weeks I felt great. I woke up in the morning with tremendous energy, not like the first time I had to turn off the alarm five times before I could get out of bed.

“All I knew at first was that it was a long way from London!
By joining Forest Green Rovers, Bellerín further reinforces these words. The fourth level club in England came into the hands of Dale Vince in 2010, who made his fortune with his green energy business and was the first club in the world to become fully vegan by 2015. The hamburgers were replaced by quinoa and Vince also made other investments. The pitch at The New Lawn stadium consists of one hundred percent organically grown grass, the lawn mowers are solar powered and the players’ shin guards are made of bamboo. Vince’s big goal for the future is the construction of an almost entirely wooden stadium, which, depending on the club’s successes, can be knitted out from an intended five thousand seats to ten thousand spectators. “Forest Green Rovers takes the lead for others”, explained Bellerín last week his decision to become a shareholder of the club. “So many people feel that there is no solution to all the problems, but Forest Green is already doing enough. I am so happy to be part of the FGR family now. I will help where I can, supporting people who want to change the world for the better. When I first played Forest Green Rovers (in a friendly game in 2014, ed.), all I knew was that it was a long way from London! After hearing more about the club and the work being done there, I knew I wanted to be a part of it”. 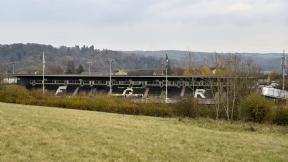 Bellerín hopes that the example of the Forest Green Rovers will be followed more often in the football world in the coming years. Despite all the energy he puts into his efforts to raise awareness, he is also struggling with the ‘dilemma’ of earning his money with a sport that, with its many flights to away games and the consumption of natural resources to make money, is enormously polluting. “Lots of people from different industries trying to live consciously and as small as possible footprint trying to leave behind, sit with this. At the moment there are no means or means of transport available to live a CO2-neutral life while doing this sport at the highest level. Less pollution in football would send a huge message to the rest of society. On the other hand, this industry has given me the voice to reach out to people and undertake these projects, to plant nearly sixty thousand trees. If I hadn’t been a football player at such a big club, these campaigns might have been lost.” Bellerín will continue to be committed to the environment and the other issues that concern him. He may no longer be doing this as a player of Arsenal, but as a footballer of his childhood love Barcelona. The defender, who earlier this summer was also explicitly linked to Paris Saint-Germain, would be in the picture as a replacement for Nélson Semedo and could therefore return to the Camp Nou.