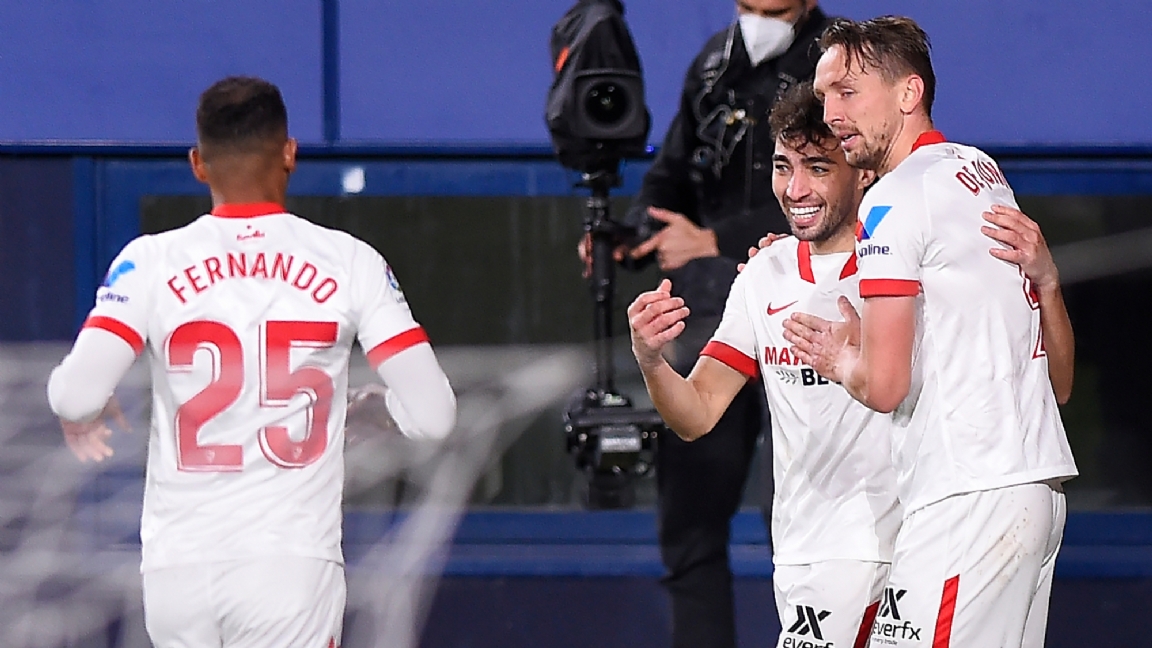 Sevilla passed Barcelona after Monday evening in the LaLiga rankings. The team of trainer Julen Lopetegui won 0-2 on a visit to Osasuna, which meant their sixth consecutive league victory and third place in the Spanish league. The South Spaniards now have one point more than Barcelona after 23 duels: 48 at 47. Interesting: Sevilla will visit the Camp Nou next Saturday as part of LaLiga and that is also the backdrop for the reunion next Wednesday in the semifinals of the Copa del Rey.

Sevilla did not play the best first half in El Sadar, but nevertheless went into halftime with a minimal lead. Lopetegui’s team did not look comfortable on the field and did not manage to push back the combative Osasuna in their own half. In fact, in the fourth minute a firm header from Oier Sanjurjo even ended on the post and Sevilla got away well.

Fifteen minutes later, Diego Carlos did have his sights on. After a corner from Joan Jordán, the center-back nodded the ball at the far post behind goalkeeper Sergio Herrera and made his first of the season: 0-1. A few minutes after the break, Luuk de Jong, who, just like Karim Rekik, was in the starting line-up, scored his goal. After a low pass from Munir El Haddadi from the left, the ball went through the heel of the Dutchman and the body of Aridane Hernández into the far corner: 0-2.

Luuk de Jong proves his worth again with an AMAZING HEEL! ?

For De Jong, it was only his third league goal of the season and his first in LaLiga in almost four months. Last week, the Dutchman, who immediately made his 150th in his career, was accurate in the Champions League match against Borussia Dortmund that Sevilla lost 2-3 and he also scored three hits in the tournament for the Copa del Rey.

Osasuna did not lack fighting spirit but quality to get back into the game. Sevilla, on the other hand, failed to leave Pamplona with a wider lead. De Jong was just short of cashing in on a pass from El Haddadi and nine minutes before the end, Herrara returned a superb shot from substitute Alejandro. Papu Gómez. De Jong relinquished his place to Youssef En-Nesyri ten minutes before the end; Rekik stopped to the end.