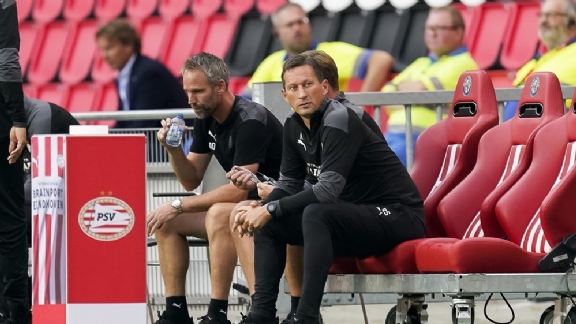 PSV has lost Érick Gutierréz. The 25-year-old midfielder will undergo an ankle surgery this week. “I have an ankle injury and unfortunately an operation is necessary”, Gutierréz sighs Monday afternoon in a reaction on the website of the Eindhoven club. It is not yet known when trainer Roger Schmidt will be able to call on him again.

Because of the ankle injury, Gutierréz was also not included in PSV’s match selection for the Eredivisie-opener against FC Groningen on Sunday afternoon. Without the Mexican midfielder, Schmidt’s formation won an 1-3 victory in the far north. Gutierréz suffered the ankle injury in early August in PSV’s practice match against KFC Uerdingen (0-3). Since then, the symptoms have not disappeared, making an operative intervention inevitable.

It’s a big setback for Gutierréz, who in his first two seasons was unable to secure a firm place in PSV’s midfield. The Mexican CF Pachuca controller taken over in 2018 was determined to prove himself against Schmidt, but the ankle injury throws a spanner in the works. Gutierréz came so far to 48 games in the shirt of PSV, with 5 goals and as many assists as the result.