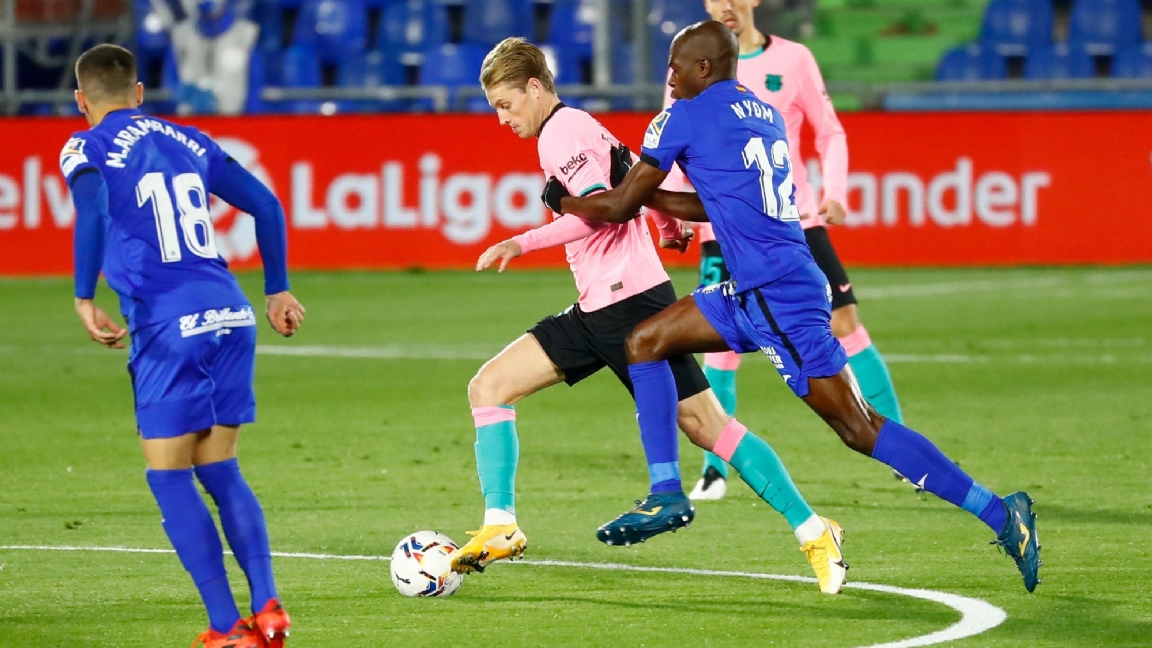 Barcelona has suffered its first defeat under Ronald Koeman. The Catalans were unable to avert a 1-0 loss at Getafe on Saturday evening after a series of fifteen mutual duels without a defeat. Koeman let Sergiño Dest make his basic debut as a replacement for the injured Jordi Alba and again opted for a 4-2-3-1 system, but this time Pedri and Ousmane Dembélé were preferred over Philippe Coutinho and Ansu Fati. Lionel Messi played from the right and Antoine Griezmann was on the point of attack.

In an exciting first half, an exasperated Getafe bit away and Barcelona moved anything but comfortably over the field until the last ten minutes. José Bordalás’ team put a lot of pressure and gave little space to Koeman’s men. The chances in the Coliseum Alfonso Pérez could be counted on one hand, but Barcelona should have scored at least once in the first 45 minutes.

The Spanish have a fun way of presenting the setup. But then Sergiño Dest comes along …

The first big chance was after twenty minutes of play for Barcelona. Pedri, who played a great first half, pretended to shoot, but delivered the ball to Dest’s left. The ex-Ajax player prepared the ball for Messi, who hit the left post. Less than ten minutes later, Griezmann wasted a dot of an opportunity. After a wonderful pass from Pedri, the Frenchman shot the ball face to face with David Soria over the goal.

The pace in the opening phase of the second company was very slow and it was an unfortunate move by Frenkie de Jong who formed the basis of the 1-0 from Getafe. He made a minor foul on Djené Dakonam in the penalty area, after which Neto was sent into the wrong corner by Jaime Mata from eleven meters. A few minutes later Koeman switched to plan B. Griezmann was allowed to stand still; Pedri and Dembélé had to make way for Coutinho and Fati.

Barcelona played the ball around, looked patient, but Getafe in turn played compact and intervened in time when Koeman’s side threatened to become dangerous. Martin Braithwaite and Trincao also made their appearance in the last ten minutes, as replacements for Griezmann and De Jong, but the Catalans were unable to avert the defeat. Getafe was even close to 2-0 when a bet by Marc Cucurella hit the bar through Neto’s fingertips. Deep in the extra time, Getafe got away well when Djené wanted to clear a cross from Trincao with his head and hit the post of his own goal.

Barcelona remains on seven points, from four matches, and will play in exactly a week against arch-rival Real Madrid, which has three points more and has one more match in its legs. In between, Barcelona awaits a Champions League match with Ferencvaros.