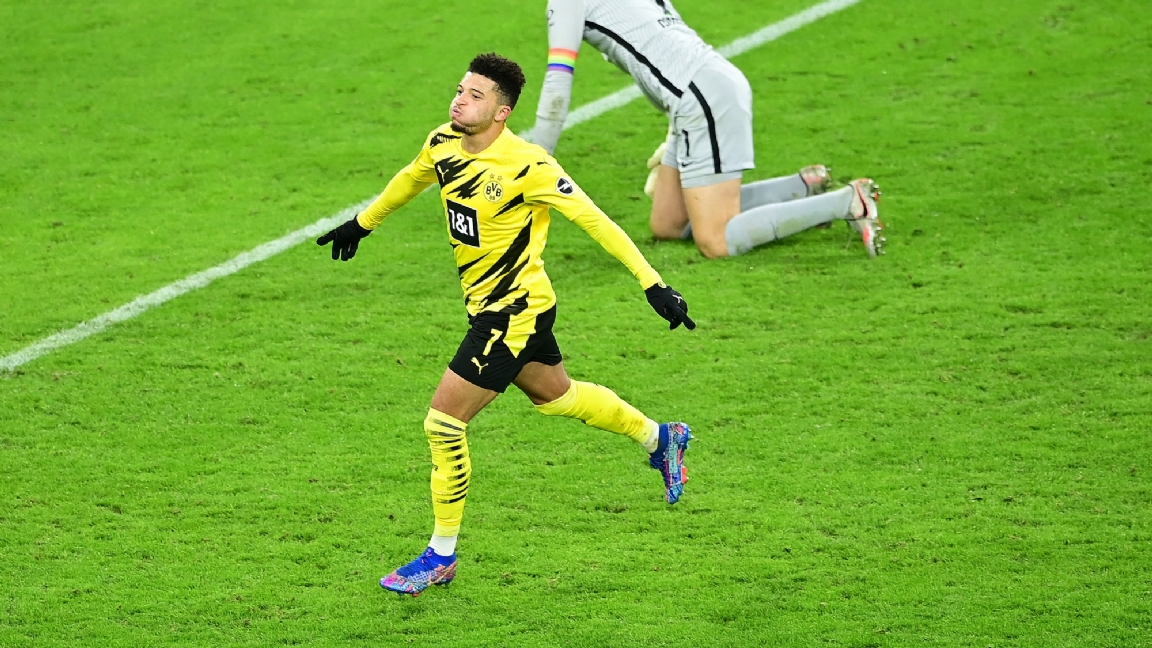 Borussia Dortmund has finally managed to turn a home game in the Bundesliga into a win again. The team of Edin Terzic had a hard time against VfL Wolfsburg, but won it 2-0. Jadon Sancho signed for a goal and an assists and the Englishman came to score again in the Bundesliga for the first time since May 31, 2020 (then against SC Parderborn). With the victory, Dortmund puts an end to a bad run of three home games in a row that were lost and the team climbs to fourth place in the ranking over Wolfsburg.

Wolfsburg usually has a hard time against Dortmund and was unable to win in the last ten encounters. In the last seven games, the team was even unable to score. Dortmund won only one of the last five matches in the Bundesliga and also almost faced an early deficit against Wolfsburg. Yannick Gerhardt got the ball on a silver platter and only had to pull the trigger, but to his own surprise saw his effort not promoted to a goal via the leg of Mats Hummels and the post.

The home team did not offer much in the first quarter of the game and struggled to achieve a successful attack. The first time Dortmund made themselves heard was via Erling Braut Haaland after half an hour of play, but the Norwegian’s shot lacked strength and direction. Haaland has been missing the past four games due to a hamstring injury. As the first half progressed, Dortmund got into the game better and Terzic’s side got some good opportunities to open the scoring. The biggest chance was for Jadon Sancho, who had the ball in front of the ball, but saw his bet go wide of the goal.

Wolfsburg, which last beat Dortmund in the 2015 cup final (3-1), saw Haaland get the first opportunity of the second half. On a pass from Raphaël Guerreiro, the Norwegian suddenly fired at Koen Casteels’ goal, but the Belgian goalkeeper made a great save with one hand. Dortmund pressed on and seemed to take the lead after more than an hour of play. The preparatory work was done by Reus, who put the ball on Thomas Delaney’s head, but the Dane headed the ball just wide.

The same Casteels was beaten not much later, when Sancho saw his corner being worked in by Manuel Akanji. The Swiss defender towered above everyone and put Dortmund head 1-0. In injury time, Sancho decided the game, finishing with the inside of the foot in control after going up to Casteels alone. With the victory, Dortmund makes a leap in the rankings and climbs to fourth place. Wolfsburg drops one place and is sixth.