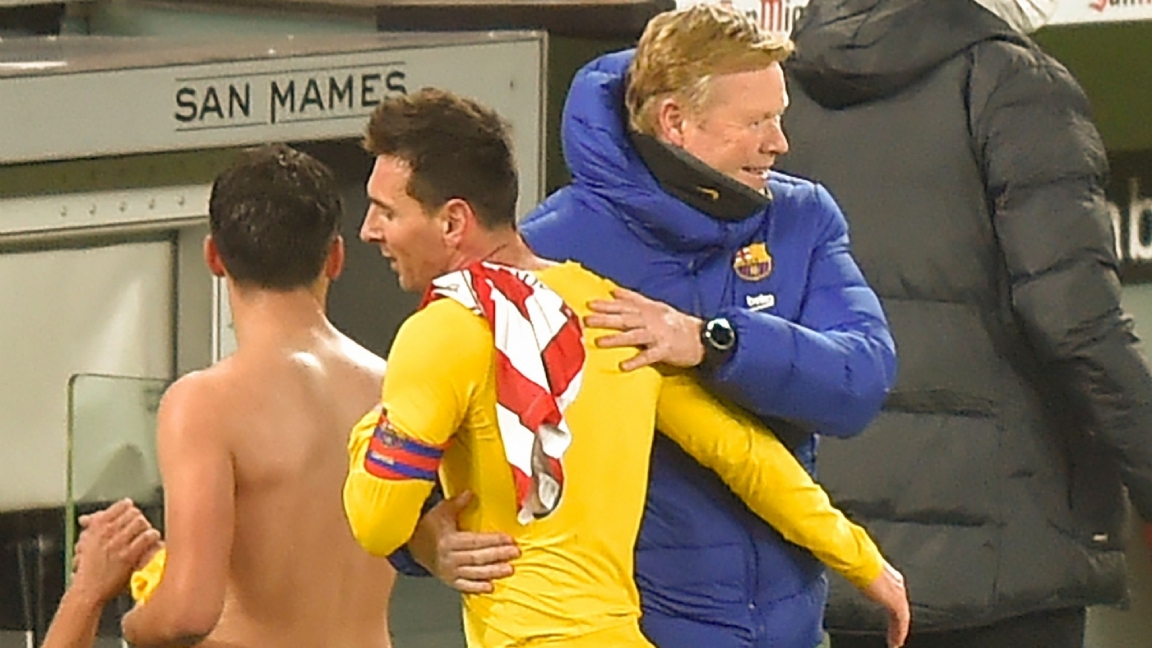 Lionel Messi is missing from Barcelona on Wednesday evening for the duel with Real Sociedad in the semi-final of the Spanish Super Cup. The star of the Catalans did not come unscathed from the competition match with Granada (0-4) last weekend and was also a noticeable absent from the last training on Wednesday. The winner of the game in Córdoba will play the final against Real Madrid or Athletic Club in Seville on Sunday.

Messi went to the side after 65 minutes in Granada last Saturday, just like Frenkie de Jong. The club top scorer of all time was struggling with physical discomfort, it soon became clear. Although there was no speculation in recent days about his possible absence from the first game for the Supercopa, the alarm bells went off when he was missing from practice on Wednesday. Messi is also missing from the bench and Koeman opts for Martin Braithwaite in the point of the attack.

Sergiño Dest is also missing from the Barcelona base: the defender was not completely underarm and starts on the bench. The Catalans’ defense is formed by Óscar Mingueza, Ronald Araújo, Clément Lenglet and Jordi Alba. Frenkie de Jong is of course not lacking in Koeman’s system, who also hopes that Pedri, Antoine Griezmann and Ousmane Dembélé will provide speed and creativity in the front.