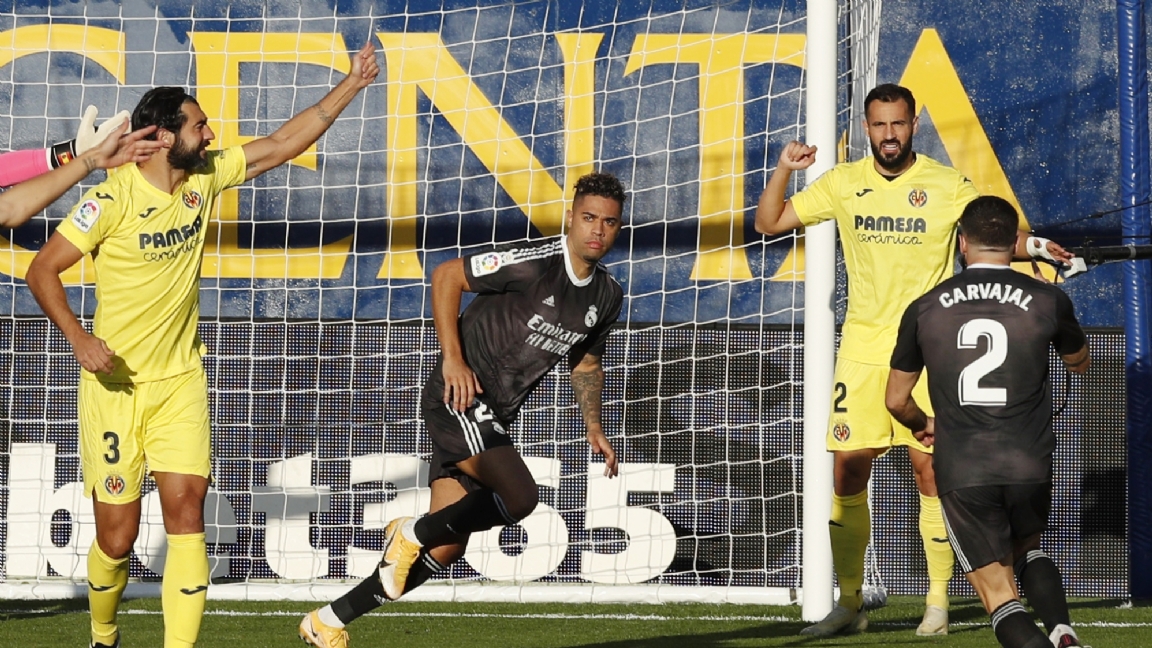 Real Madrid has lost points in LaLiga for the second match day in a row. Thirteen days after the 4-1 defeat in and against Valencia, Zinedine Zidane’s team could also visit la Comunidad Valenciana do not convert into a win: the game with Villarreal ended in 1-1. Mariano Diaz was finally allowed to return to the starting signal 566 days after his last starting place. Villarreal was also the opponent then and he scored twice in a 3-2 win. The Dominican was again accurate on Saturday the Royal.

The match was less than two minutes old when Real Madrid already took the lead. Daniel Carvajal tried to play Lucas Vázquez on the right, but the ball was intercepted. The linesman raised his flag for half a second for offside, but then lowered it again when Carvajal passed the ball. Villarreal’s defense was clearly distracted and in the end Mariano headed the ball in: 0-1. The VAR looked at the images again and approved the goal, despite protests from the home team.

Villarreal reacted well after the early setback, but the home team struggled to be dangerous in the last meters. Only Dani Parejo had a good chance in the twentieth minute to put the 1-1 on the scoreboard. After a good cross from Gerard Moreno from the right, the midfielder headed the ball from close range over the goal of Thibaut Courtois. Real Madrid could not create any more chances after the early 0-1, but at the same time remained well against it tbsp Submarino amarillo.

The first big chance in the second half was for Villarreal. After Toni Kroos lost the ball, Manu Trigueros gave a good pass to Moreno, who saw his cross bet just go down the wrong side of the post. Unai Emery’s team continued to search diligently for the 1-1. A shot from Samu Chukwueze went over and a powerful effort from Parejo lacked precision. On the other side of the field, Pau Torres narrowly diverted a bet by Vázquez.

Fifteen minutes before time, Real Madrid had to believe it. Courtois took down Chukwueze in the penalty area and was then passed by Moreno from eleven meters. The Belgian may have guessed the corner, but was too late: 1-1. That was also the last achievement, as Raphaël Varane was able to block a bet from Moreno in time and Pervis Estupiñán could just prevent a great cross from Marco Asensio from reaching Vázquez. Villarreal is second with nineteen points from eleven matches; Real Madrid occupies fourth place with two points and one game less.