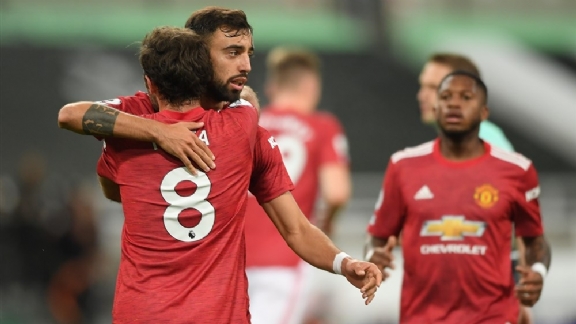 Manchester United has recovered after the painful 1-6 defeat against Tottenham Hotspur before the international period. On a visit to Newcastle United, Ole Gunnar Solskjaer’s men seemed to have to settle for a 1-1 draw, but in the closing minutes Manchester United took the game completely: 1-4. Donny van de Beek came on fifteen minutes before the end and played an important role in the 1-2.

Solskjaer did not opt ​​for his favorite eleven at Manchester United, but again there was no starting place for Van de Beek. The summer acquisition started for the fourth time in a row as a substitute; Solskjaer opted for a block with Scott McTominay and Fred in midfield. Bruno Fernandes played number ten, a position for which Van de Beek could also qualify. Manchester United hoped to recover after the shameful 1-6 defeat just under two weeks ago, but got off to a disastrous start to the game.

In the second minute of the game arrived the Red Devils in a particularly unfortunate way behind. Luke Shaw worked the ball behind his own goalkeeper when attempting a cross from Emil Krafth: 1-0. Manchester United did not panic after the goal against. The visitors had a lot of possession and tried to find a hole in the defense of Newcastle United in the enemy half. After twenty minutes, a goal from the guests was disallowed: Fernandes curled the ball past keeper Karl Darlow, but Juan Mata was offside in the run-up to the goal.

Shortly after, the 1-1 still followed: Harry Maguire, so maligned in recent weeks by defensive errors and an argument during his vacation in Greece, headed the equalizer against the ropes after a corner from Mata. Although David de Gea had to save a long shot from Allan Saint-Maximin, Manchester United prevailed in the remainder of the first half. Shortly after the break, De Gea prevented Callum Wilson from making it 2-1 on the goal line. Fellow goalkeeper Darlow, however, took the lead, parrying a penalty from Fernandes in his right corner after Jamal Lewis fouled Marcus Rashford.

Fifteen minutes before the end, Van de Beek made his entrance as a substitute and he played an important role prior to the 1-2: on the left flank, Van de Beek set up the attack together with Fernandes from which the latter eventually scored, after a pass from Rashford. The 1-3 followed in injury time from a hard shot by Aaron Wan-Bissaka; in the final second, Rashford even made it 1-4. Manchester United booked their second win of the season and has collected six points from the first four games.