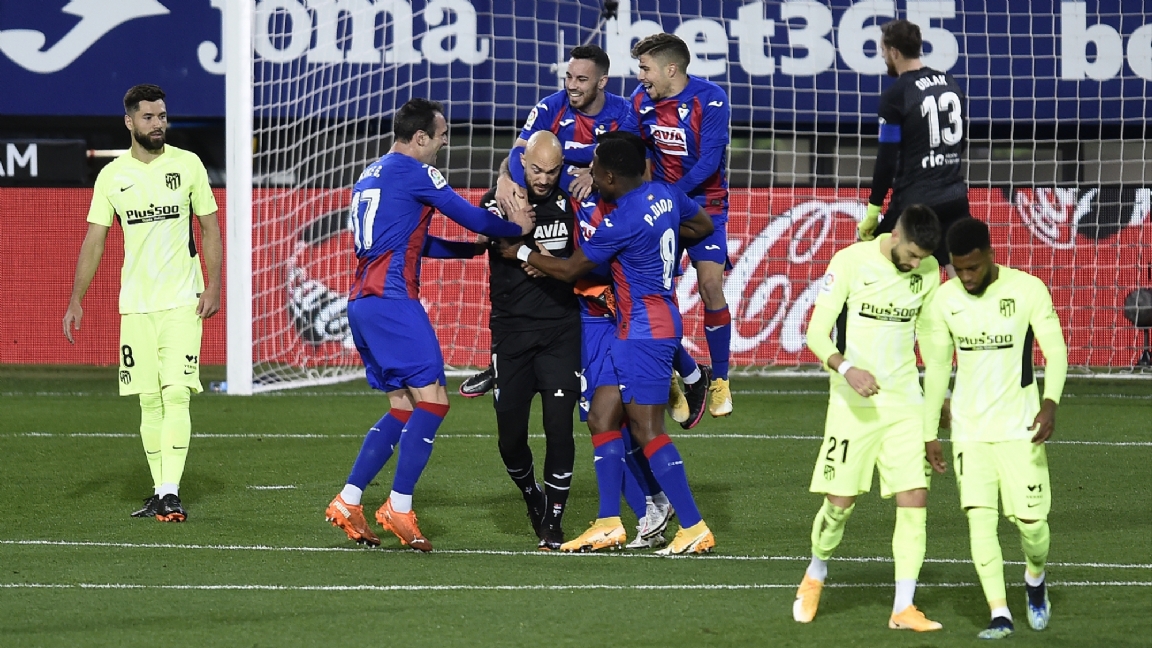 Atlético Madrid has added three points at the last minute on Thursday evening in the battle for the national title in Spain. The leader of LaLiga won 1-2 against Eibar thanks to a late penalty kick from Luis Suárez and now has a seven-point lead over Real Madrid and another duel credit. The score was opened remarkably enough on Thursday by goalkeeper Marko Dmitrovic of Eibar, after which Suárez struck twice.

The most striking moment of the game, and already one of the most striking moments of the season, took place after eleven minutes. Eibar received a penalty after a foul by Yannick Ferreira Carrasco on Yoshinori Muto and the club chose to let Dmitrovic take charge of the penalty. The keeper sent colleague Jan Oblak the wrong way and scored the first goal of his career. In the remainder of the first half, Atlético offered little in return, until Suárez made it 1-1.

Defender Sergio Álvarez of Eibar made an attempt to defend under pressure from Atlético, but his ball was intercepted by Marcos Llorente in the penalty area, creating a great opportunity for Suárez from close range. The Uruguayan did not fail. Atlético afterwards hardly posed any danger, however. The visitors had considerably more ball possession, but most of the goal attempts came from Eibar. It seemed to stay at 0-0, until a final offensive by Atlético took place.

Four minutes before the end, Dmitrovic tapped a bet from João Félix with one hand, but two minutes before the end he had to give in. After the goalkeeper himself had used a penalty, he failed to turn an eleven-meter kick from Suárez. The striker was allowed to dock from the dot after he came into contact with Anaitz Arbilla himself and finished successfully. Thus Atlético took another important step in the title fight.

Will Atlético Madrid be the champion of Spain this season?