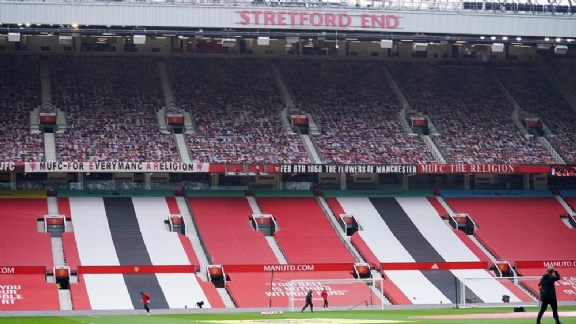 The return of supporters at games in the Premier League was postponed by the British government on Tuesday. There were plans to allow fans to play matches in England again from October 1, but because of the increase in the number of corona cases, that plan has been swept off the table. The decision from London causes disappointment in the Premier League, although it is also emphasized that public health must always come first.

“The Premier League is convinced that with the help of strict guidelines and rules of conduct created in conjunction with science experts, football fans in stadiums will be as safe as those attending other public events. Perhaps even safer. This has also been approved by the government’s authority on safety at sporting events. We are already seeing this happening in other European competitions, “the competition organizer emphasized in the press release published Tuesday. The plan was to fill a quarter of the Premier League stadiums from next month.

The Premier League also refers to the adverse financial consequences of the government decision. “Football is not the same without fans and the football economy is starting to become unsustainable in this way. Last season the Premier League clubs jointly suffered a loss of more than seven hundred million euros and football is currently losing more than one hundred million euros every month. everything has a devastating impact on the clubs and the communities. ” The Premier League adds that hard work will be done behind the scenes to ensure a safe return of supporters to the English stadiums, although an exact date is not yet known.

“In time, we would like to see football supporters return to the stadiums,” said Cabinet Affairs Minister Michael Gove in a response to the BBC. “But we have to be extremely careful at this point. It would therefore be extremely unwise to open up sports events to visitors on a massive scale.” Prime Minister Boris Johnson will come up with new measures on the fight against the corona virus in Great Britain on Tuesday evening.