Efficient Manchester City lays the basis for quarter-finals in Budapest

Efficient Manchester City lays the basis for quarter-finals in Budapest 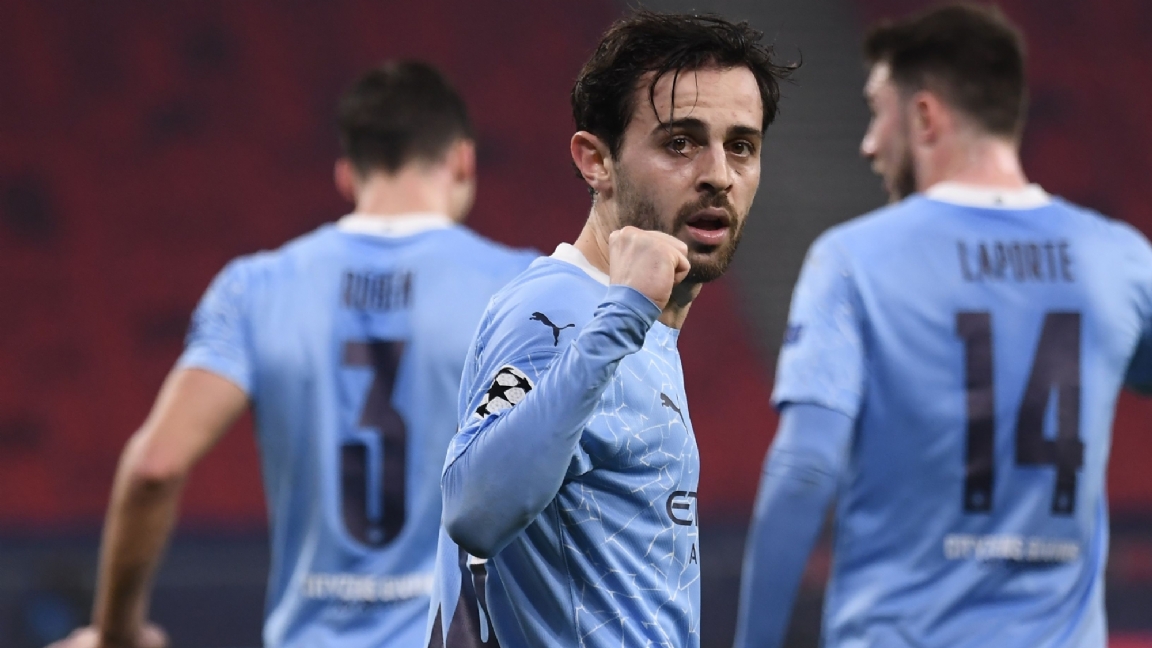 Manchester City has a good chance of qualifying for the quarter-finals of the Champions League. On Wednesday evening, Pep Guardiola’s team had little trouble with Borussia Mönchengladbach in the first eighth final, which was not defected but also had little to say against the English: 0-2. Bernardo Silva and Gabriel Jesus scored the goals in the Puskas Arena. It was Manchester City’s nineteenth consecutive victory in all competitions. The reunion at the Etihad Stadium will take place on March 16.

The first half in Budapest was a very monotonous spectacle: Manchester City was a few classes better than Borussia Mönchengladbach, who had little or nothing to say against Guardiola’s team and was forced to hold back. Defending good and compact die Fohlen however, made it difficult for Manchester City to make a difference. The only big chance in the first 45 minutes, just after sloppy defending of the home team, was immediately used by the English.

Marco Rose’s team lost the ball twice in their own half, after which Joao Cancelo kept the overview and gave a turning cross towards the penalty area. The leather fell right over Nico Elvedi, after which Bernardo Silva nodded the ball diagonally past goalkeeper Yann Sommer: 0-1. A rare header goal for the Portuguese from 1 meter 73: only 3 of his 35 goals ahead the Citizens he made with his head.

Even after the break, Manchester City continued to put high pressure and it was thanks to a timely intervention by Elvedi that Gabriel Jesus did not quickly cash in on a mistake by Ramy Bensebaini. Borussia Mönchengladbach had a good phase around an hour of play and caused problems for the visitors with sharp counters. A pass from Denis Zakaria on Alassane Pléa, however, was not powerful enough and not much later the best chance for Borussia followed: the stake with the heel of Plea, however, missed Ederson’s goal.

0-2! Man City on roses in this diptych ?? A neat attack from The Citizens: striker Gabriel Jesus is there like the chickens to enter number two ??#ZiggoSport #UCL #BMGMCI pic.twitter.com/bY7Ia4eP6N

A few minutes later the 0-2 fell in the Puskas Arena: after a wonderful pass from Cancelo from the left towards the far post, Bernardo Silva headed the ball towards the goal mouth, where Gabriel Jesus worked the ball in from close range. The entrance of Marcus Thuram, Valentin Lazaro and Breel Embolo had no effect for the Germans, who escaped a larger defeat when a volley by Phil Foden went over Sommer ‘s goal. The Guardiola’s team is now preparing for four home matches in thirteen days.