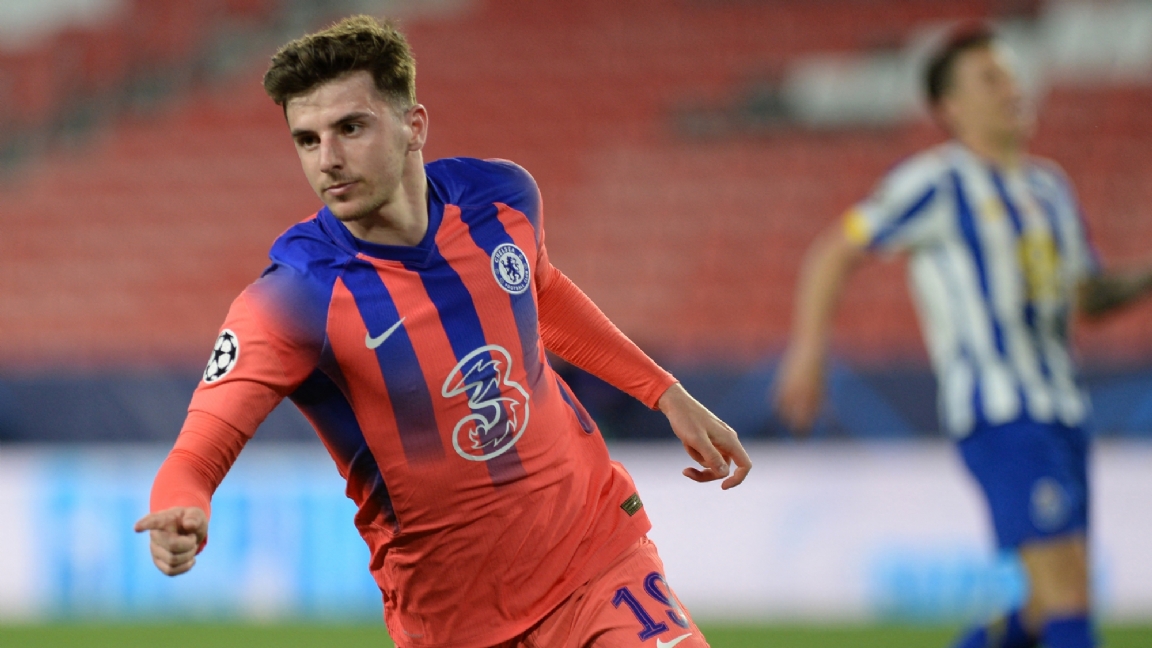 Chelsea have done good business in the quarter-finals of the Champions League. The team of trainer Thomas Tuchel was too strong for FC Porto on Wednesday evening on neutral ground. The first game in the Ramón Sánchez Pizjuán ended thanks to goals from Mason Mount and Ben Chilwell in 0-2 and the stadium in Seville will also serve as the backdrop for the reunion between the English and the Portuguese next Tuesday. Tuchel did not need Hakim Ziyech in southern Spain: the playmaker stayed on the bench for ninety minutes.

A good swipe by Mount caused the class difference in the first half in the Ramón Sánchez Pizjuán. Chelsea played very well on the defensive and forced FC Porto, which did not have the suspended Sergio Oliveira and Medhi Taremi at their disposal, to make attempts that could not disturb goalkeeper Edouard Mendy. In the first twenty minutes, the pace of the game was high and the level was also fine, but FC Porto did not get further than a failed volley by Mateus Uribe.

Chelsea in the lead in Seville ?? And who else but Mason Mount provides the goal? ?#ZiggoSport #UCL #PORCHE pic.twitter.com/ckAR4yIF8v

After just over half an hour of play, Tuchel’s team struck on goal with the first attempt. Mount escaped Chancel Mbemba’s guard after a clever pass from Jorginho and then shot the leather low to the left corner with the right hand: 0-1. It was not only his first ever European goal for the Englishman, he also grew to become the youngest goal scorer of the Londoners in a knockout match of the Champions League at 22 years and 87 days. No one has scored more goals for Chelsea under Tuchel’s leadership than Vitesse’s ex-player: five.

The article continues below the video

Preview Ajax – AS Roma: ‘Qualitative it is not great, you are not afraid of that’

FC Porto emerged stronger from the dressing room and looked more threatening in the beginning of the second half. After about ten minutes, a shot by Luis Diaz went half a meter wide of Mendy’s goal. A few minutes later, goalkeeper Agustín Marchesín had to take action on a shot by Antonio Rudiger in the corner. Kai Havertz then slid the ball wide in front of an empty goal after Timo Werner had laid the ball wide, but the latter Werner was already offside. Not much later, Tuchel made his first changes: the again unlucky playing Werner was replaced by Christian Pulisic and Havertz made way for Olivier Giroud.

A very nice one for Chelsea ?????????????? Ben Chilwell takes full advantage of blunder in the back at Porto ??#ZiggoSport #UCL #PORCHE pic.twitter.com/1KWgoPOR9h

Although Sérgio Conceição’s team played intense football and tried to level the score, Chelsea ultimately had little to fear from the harmless-looking Portuguese. A personal error by Jesús Corona led to the 0-2 five minutes before the end. One minute after a bet by Pulisic on the post, the former FC Twente player let a pass from Jorginho jump off his foot, leaving Chilwell on the goal of Marchesín and ensuring the final score.