Bosz approaches Bayern to one point on his birthday; Weghorst scores in Gelsenkirchen

Bosz approaches Bayern to one point on his birthday; Weghorst scores in Gelsenkirchen 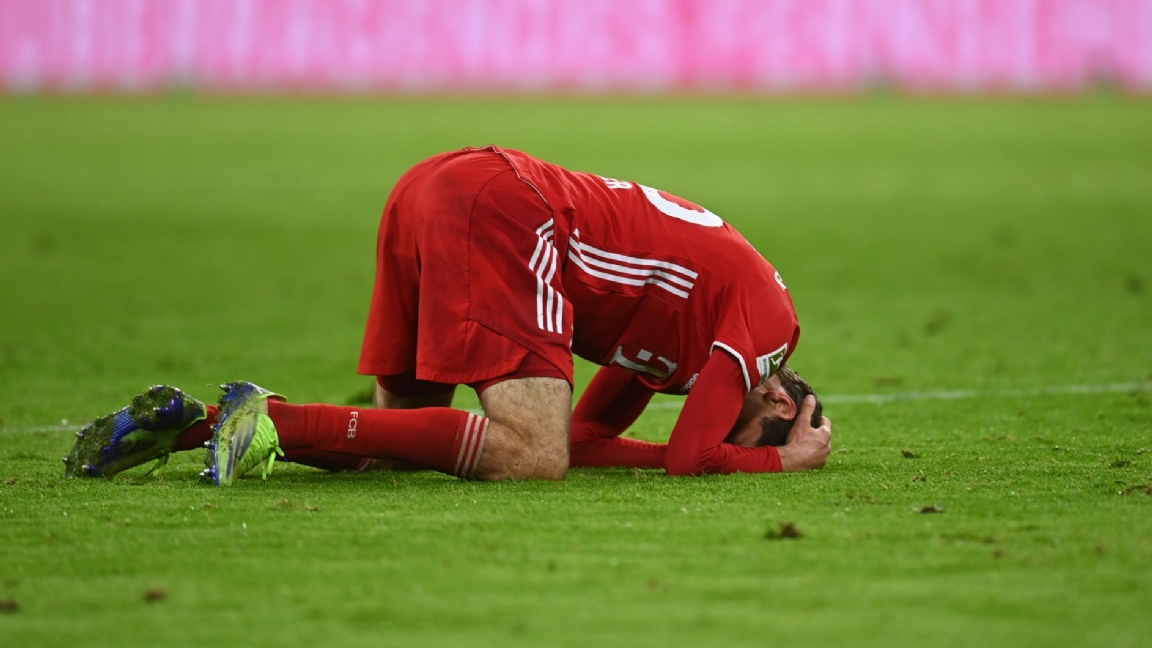 Bayern Munich spilled points on Saturday afternoon in the home game against Werder Bremen. The team of trainer Hansi Flick got no further than a 1-1 draw and is less firmly in first place. After all, the Bayer Leverkusen of the year old Peter Bosz narrowly beat Arminia Bielefeld 1-2. Bosz’s team is now second, one point behind the leader. Wout Weghorst scored for VfL Wolfsburg in a 0-2 win over Schake 04.

Bayern Munich – Werder Bremen 1 – 1
Werder Bremen had not taken a point against Bayern Munich since September 2010 and lost the last nineteen (!) Mutual matches, but surprisingly took the lead just before half time. On the right flank, Joshua Sargent sprinted past Javi Martínez and served Maximilian Eggestein, who escaped the attention of Leon Goretzka and found the left corner: 0-1. It was not an illogical rest position, because Bayern looked powerless and got into some trouble in the back due to the early retirement of Lucas Hernández. After fifteen minutes, for example, Manuel Neuer had to make a handsome, double save within a few seconds.

In the second half Bayern Munich opened the hunt for the equalizer. Seven minutes after the break, Douglas Costa hit the bottom of the bar from considerable distance, while Robert Lewandowski shot wide shortly afterwards. After just over an hour it was still hit: after a cross from Goretzka from the right flank, Kingsley Coman nodded to the far post. Bayern dominated the game in the second half, but did not get good chances for the equalizer until late in the game. A header from Lewandowski after preparatory work by David Alaba sailed over the goal nine minutes before the end, while Eric Maxim Choupo-Moting missed a big shot chance. On the other side, Neuer had to intervene after a shot from Sargent.

Arminia Bielefeld – Bayer Leverkusen 1-2
Given the form of both teams, Bayer Leverkusen seemed to be able to prepare for an easy afternoon: Arminia Bielefeld lost the previous five matches, while Bayer Leverkusen had already won four times in a row. It was not an easy afternoon, but the visitors took the lead via Leon Bailey. The attacker served as the end point of a smooth attack and combined himself with Florian Wirtz. A huge blunder by goalkeeper Lukás Hrádecky led to the 1-1 after the break, however: after a pass back from Daley Sinkgraven, Hrádecky wanted to kick the ball away with the right, but the leather flipped up, after which he scored an own goal with the left foot. It seemed to stay at 1-1, until Aleksandar Dragovic struck in the final stages when Arminia Bielefeld failed to get a ball out of the penalty area. By the way, Mike van der Hoorn had a base spot for the home team.

Schalke 04 – VfL Wolfsburg 0-2
In the third minute it was already hit for Weghorst. After a corner kick from Maximilian Arnold at the first post, the striker won the header duel from Malick Thiaw and scored hard with the head: 0-1. A few minutes later, Weghorst had another chance from a rebound, but aimed quite wide. Wolfsburg continued to create great opportunities in the opening phase and the second goal in the 24th minute came anything but out of the blue. Weghorst did not take a low pass from Renato Steffen well, so that the ball rolled in front of teammate Xaver Schlager, who hit the goal: 0-2. So Weghorst was unintentionally credited with an assist. In the second half, the center forward had a good chance of shooting, but he ran into goalkeeper Frederik Ronnow. Schalke still tried and hit the bar in the absolute final phase via a hard shot by Benito Raman.

TSG Hoffenheim – VfB Stuttgart 3-3
Christoph Baumgartner broke the score after fifteen minutes of play. The Hoffenheim midfielder entered an unintentional one-two with a Stuttgart defender, found the ball back on the edge of the box and scored 1-0. An unparalleled individual action by Nicolás Gonzalez resulted in the tying run two minutes later. The wing tip pulled in from the right side, cut and turned past three opponents, and slashed into the far corner: 1-1. Stuttgart would rest with a lead thanks to a crazy goal in the 27th minute. First González headed on the crossbar, then Silas Wamangituka shot the ball on the post, and then in the rebound did fire it against the ropes: 1-2.

Hoffenheim showed resilience and came back shortly after the break. Ryan Sessegnon took advantage of the weak defensive organization at Stuttgart and walked into the box from the left flank. There, the Tottenham Hotspur mercenary outwitted goalkeeper Gregor Kobel from close range. Because Florian Grillitsch of Hoffenheim was knocked down by Waldemar Anton twenty minutes before time in the Stuttgart sixteen, the home team received a penalty. Andrej Kramaric knew what to do with that and scored his seventh goal this season: 3-2. Hoffenheim thought he was going to win, but Stuttgart came back again in the third minute of injury time. Sasa Kalajdzic cleverly headed the ball back in the box, so that Marc Kempf could make the equalizer from a difficult angle: 3-3.

Borussia Mönchengladbach – FC Augsburg 1 – 1
Jeffrey Gouweleeuw had a basic place at FC Augsburg, which was already behind after four minutes. A nice pass from Stefan Lainer with the outside ended up at Breel Embolo, who turned away from Gouweleeuw and from close range on goalkeeper Rafal Gikiewicz. The goalkeeper also stopped a rebound, but in the end the ball ended up at Florian Neuhaus, who pulled the trigger. As Raphael Framberger received two yellow cards within five minutes after the break, Augsburg ended the game with ten men. Nevertheless, the visitors came alongside shortly before the end by a goal from Daniel Caligiuri: 1-1.