Barcelona in extension past Cornellà after two missed penalties

Barcelona in extension past Cornellà after two missed penalties 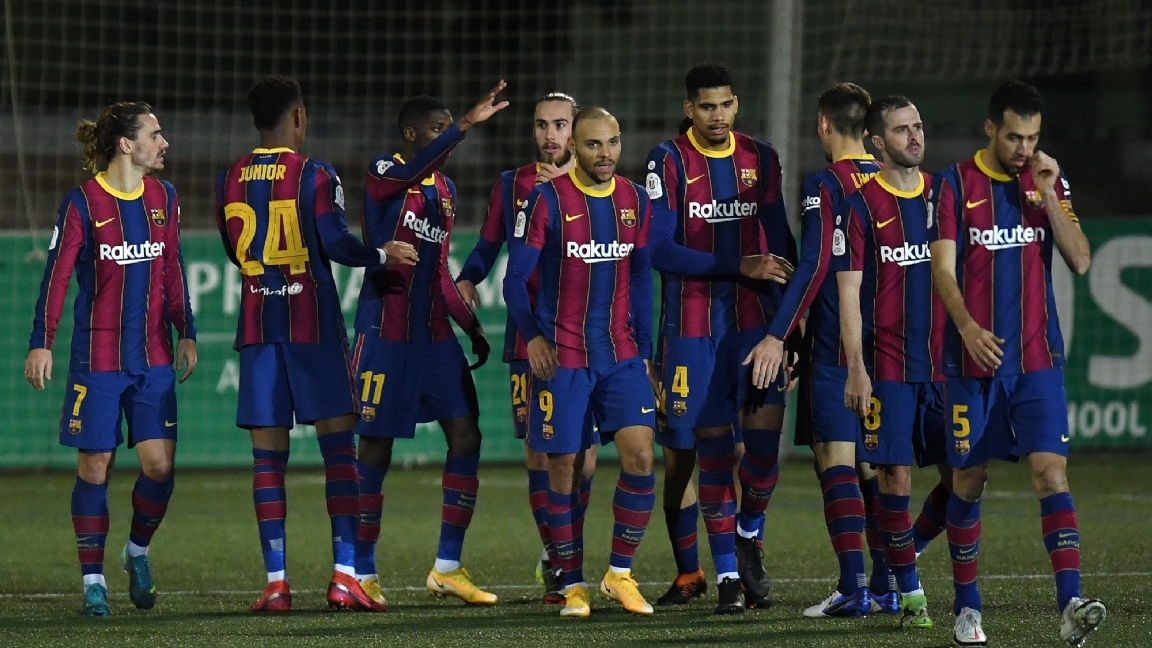 Barcelona narrowly qualified for the eighth finals of the Copa del Rey on Thursday evening. The team of trainer Ronald Koeman needed an extension against third divisionist Cornellà, because both Miralem Pjanic and Ousmane Dembélé missed a penalty kick in regular playing time. Cornellà’s goalkeeper Ramón Juan Ramírez grew into the great bully of Barcelona, ​​but had to capitulate in extra time after a long shot by Dembélé. Martin Braithwaite made it 0-2 in extra time.

If Cornellà’s victory over Atlético Madrid in the previous round did not serve as a sufficient warning for Barcelona, ​​it was true for the slip that Real Madrid made on Wednesday evening with third divisionist Alcoyano. Still, Koeman did not choose his strongest team imaginable. The trainer gave Jordi Alba and Frenkie de Jong rest. The pair played two 120-minute games in the Supercopa in the past eight days. Partly due to De Jong’s absence, there was room for Ilaix Moriba, who celebrated his eighteenth birthday on Tuesday and is now making his debut for Barcelona. 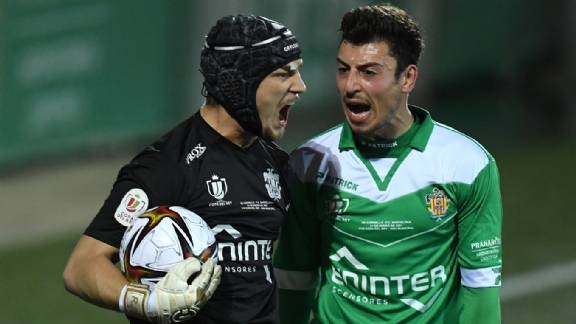 Koeman also had to do without the suspended Lionel Messi and the injured Sergiño Dest. It soon became clear that Barcelona would not have an easy evening with the provincial fellow. Barcelona only had a few chances in the first half, while the home team also did not leave behind. By far the greatest chance was in the final phase of the first half for Pjanic. The midfielder was allowed to build from eleven meters after a dangerous game by Albert Estellés in a duel with Ronald Araújo. The penalty, however, was turned by 21-year-old keeper Ramón Juan Ramírez.

The second half started with a great opportunity for Martin Braithwaite after a smooth attack, but keeper Ramón saved the game again. It was one of the few great opportunities that Barcelona created. The team had to fear Cornellà in the back: long shots by Agus Medina and Gonzalo Carmona were turned and Eloy went wide. A new penalty seemed to offer a solution for Barcelona, ​​after Lenglet was hit on the head by Pol Moreno’s foot. This time Dembélé took care of the penalty, but again Ramírez saved.

The goalkeeper further strengthened his hero role by also tapping a long shot by Pjanic against the crossbar, shortly after a big miss by Braithwaite at the far post, and so they had to extend. It took only two minutes for Barcelona to open the score in extra time. Dembélé rectified his failed penalty kick with a successful shot in the top corner, which Ramírez only got a hand against: 0-1. In the remainder of the extension, Barcelona no longer ran into problems. Two minutes before the end, Estellés had to break in after he received his second yellow card, meaning Cornellà ended the game with ten men. Barcelona still benefited from the numerical superiority, after Braithwaite was enabled by substitute Pedri in a counterattack to determine the final score from close by.