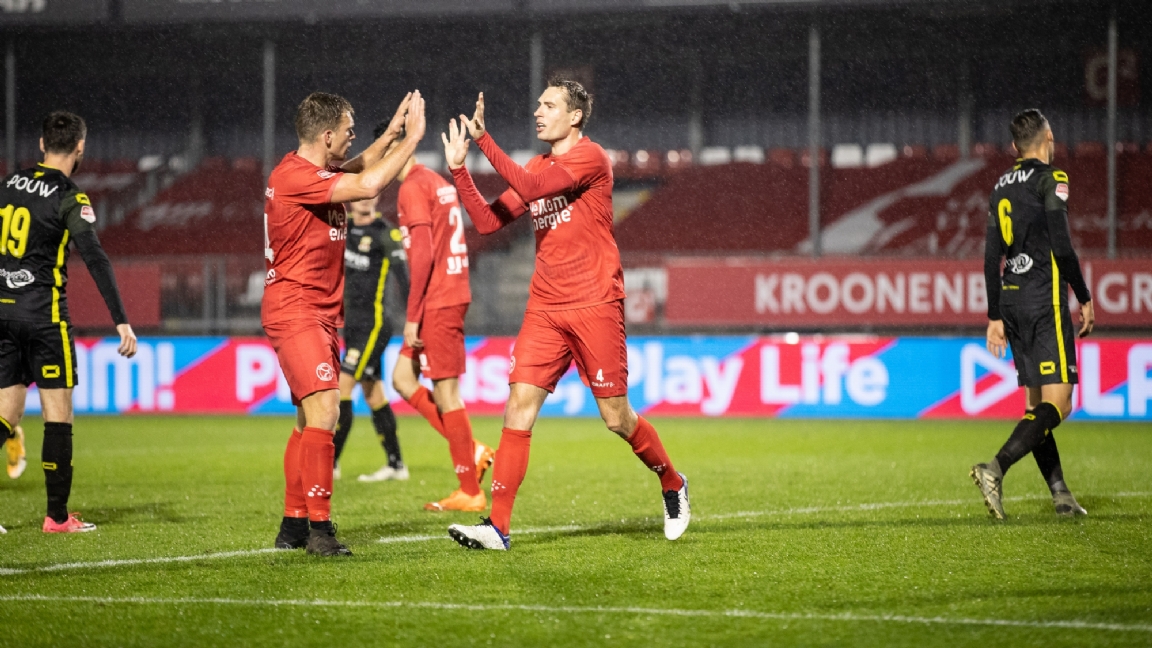 Almere City FC can in any case call itself the leader of the Kitchen Champion Division until Friday. Ole Tobiasen’s team was clearly a size too big for Go Ahead Eagles on Saturday and was the first club to reach the limit of thirty points: 3-0. The lead over SC Cambuur and De Graafschap is two points, while NAC Breda has three points less. Henk de Jong’s team is the only team to have played one less match.

Almere City finished the service in the first half. The field predominance started to pay off in opportunities after fifteen minutes of play. Jay Gorter stopped a shot by Ryan Koolwijk with his fists, saw a bet by Tim Receveur just go wide and turned an attempt by Jearl Margaritha. Five minutes before the end of the first half, the home team fell 1-0.

A quickly taken corner ended up at Thomas Verheydt via Koolwijk. He headed through and Frederik Helstrup worked the ball in on the line: 1-0. In the opening phase of the second half, the game went up and down somewhat and Michael Woud was put to work by Antoine Rabillard. On the other hand, a kind of marker from Margaritha failed.

Tobiasen’s team came to 2-0 after 68 minutes: Oussama Bouyaghlafen knocked the ball in after a corner. Fifteen minutes before the end, the final blow fell for the visitors from Deventer. It was Xian Emmers, who made his first minutes in more than two months as a substitute, who really headed the ball from a corner: 3-0. Almere City thus straightened its back in an excellent way after the 7-2 defeat at SC Cambuur.