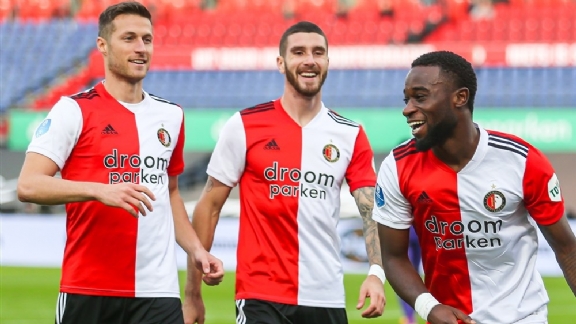 Dick Advocaat stated after the debacle of Feyenoord against ADO Den Haag (3-2) on Sunday that some players are playing more: “A number of them are playing so weakly, then you know: something is wrong.” According to the coach, some are more concerned with ‘contracts, money and their future’. Football International managed to report two days later that the contract negotiations with Lutsharel Geertruida and Marcos Senesi are proceeding with difficulty. For the time being, no agreement can be reached with either player about contract extension, or so it sounds.

In the case of Geertruida, which is fixed in De Kuip until mid-2022, the difference between supply and demand is apparently so great that an agreement between the two parties is currently a long way off. The Feyenoord management also wants to break open and extend Senesi’s contract until 2023. The Argentinian defender, however, sets some conditions that the Rotterdam club cannot possibly meet, emphasizes Football International. It cannot be ruled out that Senesi, already more than once linked to a transition to Napoli, will be sold for millions of euros this summer.

Besides Geertruida and Senesi, the future of Orkun Kökcü is also discussed. The midfielder has a contract with Feyenoord until the summer of 2025, but it does not seem likely that he will play in De Kuip for another four years. Kökcü is closely followed by, among others, AC Milan and AS Roma, while Leicester City and Seville were also in the market in the recent past. His father, also the agent of the Feyenoord, recently made a tour of Italy to see all the options.

Should Geertruida decide to leave, the new trainer Arne Slot will most likely be looking for a new right back. Last week, Bart Nieuwkoop opted for a multi-year contract with the Belgian Union Saint-Gilles. In addition, there are doubts about the continuation of Steven Berghuis, who can leave Feyenoord for four million euros this summer. Football International also expects to say goodbye to Nicolai Jörgensen. The Danish striker already wanted to leave the club in the winter break, but then he did not leave the Netherlands.