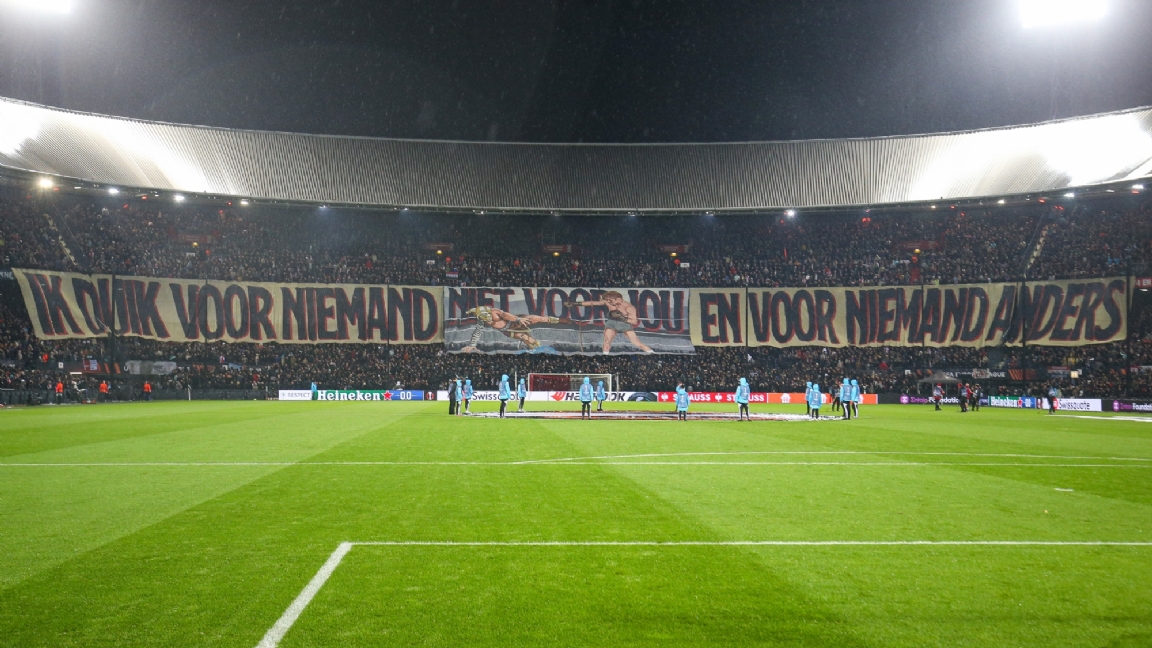 In 2022, football players and clubs are more active than ever on social media. Top players such as Lionel Messi, Memphis Depay, Cristiano Ronaldo, Robert Lewandowski and Zlatan Ibrahimovic, but also clubs from home and abroad give an insight into the ins and outs (almost) daily via Instagram, Twitter or other internet channels. football zone put the craziest, most beautiful and most striking posts on social media in the VZ Social section.

John de Wolf made himself even more popular with Het Legioen on Tuesday than he already was. The assistant coach of Arne Slot has put a tattoo with the text of the banner that the supporters of Feyenoord made for the crucial home game in the Europa League against Lazio (1-0 win). Last Thursday, a statement by the Rotterdam icon Bep van Klaveren could be read on the mega screen. In addition to his fighting skills, the boxer was known for his statements. “I don’t dive for anyone, not for you and for no one else,” van Klaveren once told notorious American mobster Al Capone.

The text of that statement could therefore be read during the atmosphere campaign that the Feyenoord Legion organized for the Europa League match with the Roman club. In addition, Van Klaveren was portrayed as he dealt the final blow to a Roman soldier. The action apparently made such an impression on De Wolf that he decided to immortalize the text on his body. “This one had to come, hopefully not the last one,” he says on his Instagram page. De Wolf has been employed as an assistant coach at Feyenoord since October 2019 and is still fixed until mid-2025.