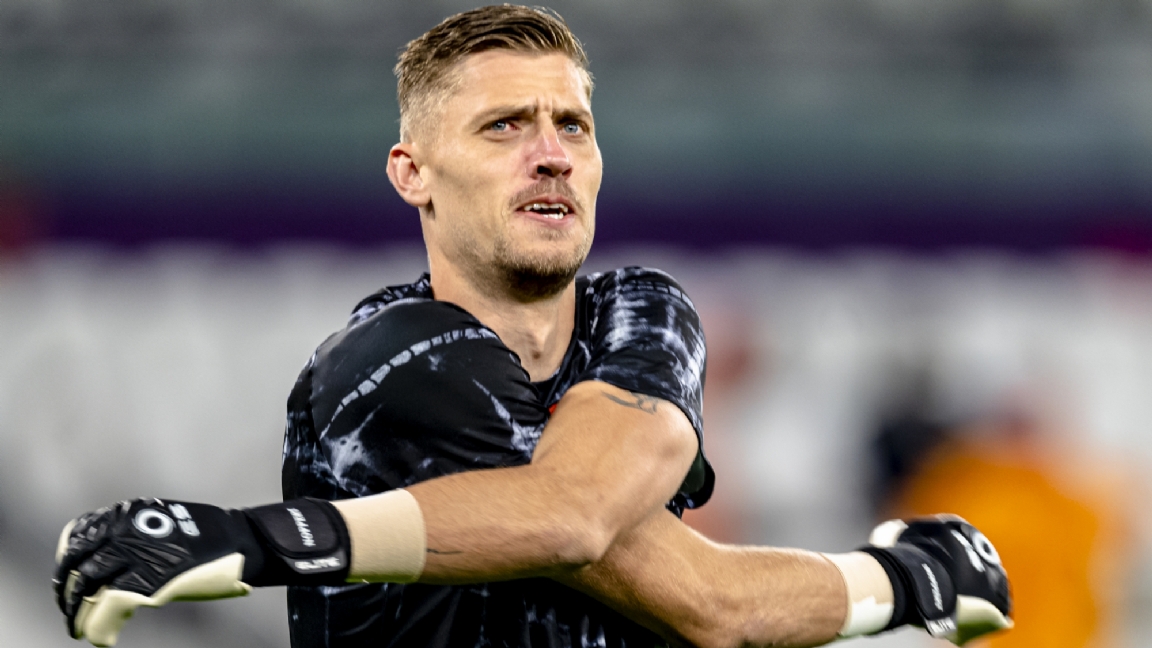 Nicola Di Bitonto enjoyed Andries Noppert’s the Dutch debut against Senegal (0-2 win). The 56-year-old Italian was the goalkeeper coach of the boom-long closing post during his adventure at Foggia in Serie B. In conversation with the NOS Di Bitonto reveals a hilarious story about the sc Heerenveen keeper, who apparently wasn’t averse to a cigarette.

Di Bitonto describes Noppert as nice, genuinely extravagant and a bit crazy. One anecdote about Noppert has stayed with the Italian the most. “He also smoked like a chimney. I remember that one night in Palermo he lit a cigarette in his hotel room. Suddenly the fire alarm went off.” Noppert was nicknamed because of his height Il Grattacielo, or ‘The Skyscraper’. In the end, the left foot made only eight appearances for Foggia, in which he kept a clean sheet twice.

Di Bitonto still considers Noppert a friend. He has also seen the goalkeeper in lesser times in sporting terms. “When he arrived in Foggia, he struggled to settle in. The language, the culture, but also the football that was played in Serie B, everything was really different than he was used to in the Netherlands.” Nevertheless, Di Bitonto is not surprised that the Frisian is now performing great.

“He plays every week at Heerenveen. A keeper only becomes good if he is constantly in the starting line-up,” said the Italian. “He is proving to be a great goalkeeper. Despite his height, he is resilient and has great reflexes. If he can’t parry a ball with his hands, he always has his feet to rely on. He is the ideal goalkeeper.”