Brobbey and Gravenberch about moving to the big the Dutch: ‘Happy inside’

Brobbey and Gravenberch about moving to the big the Dutch: ‘Happy inside’ 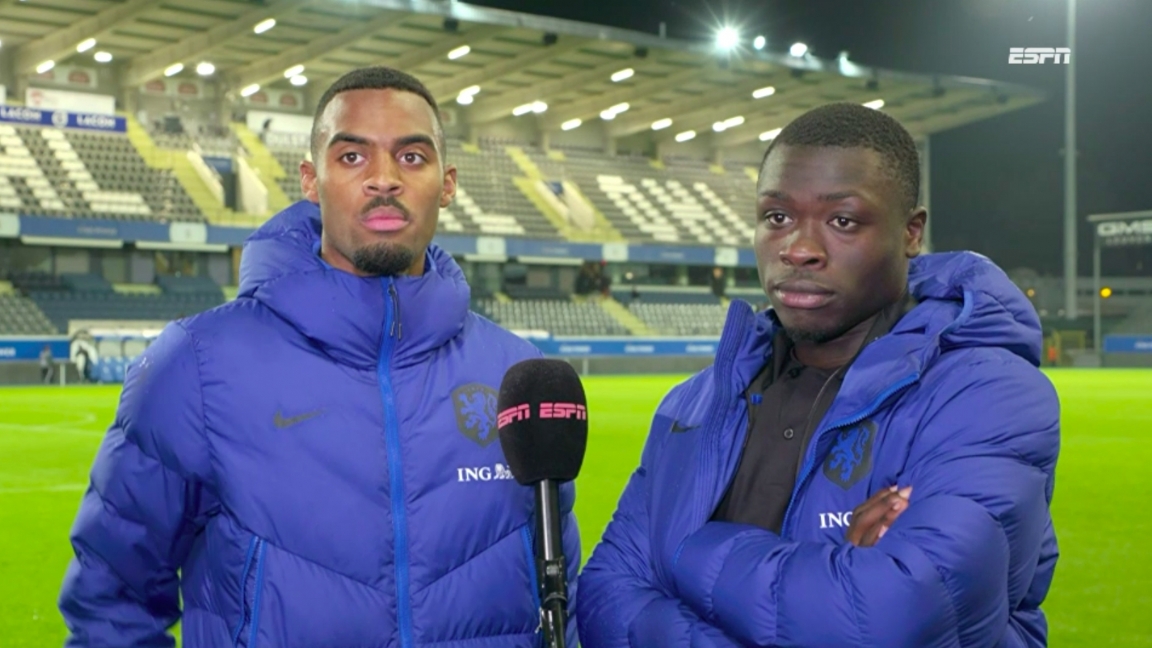 Brian Brobbey and Ryan Gravenberch received good news on Friday evening prior to the won exhibition match against Young Belgium (1-2). The players of Ajax and Bayern Munich are allowed to report to the big the Dutch. Memphis Depay, Frenkie de Jong and Teun Koopmeiners have left the selection injured, so national coach Louis van Gaal decided to call up Brobbey and Gravenberch as replacements. The Ajax player released himself with a nice passing movement prior to the 0-1, but was quite sober about it himself.

“We were told during the meeting,” Brobbey, who scored twice himself against the Belgians, begins in conversation with ESPN. “Before the game, the coach said that Van Gaal had called. What was my reaction then? I stayed calm, but inside I was happy.” Gravenberch was also happy with the news. “When I heard it, I was also happy inside. We can add ourselves to the big the Dutch and show ourselves there.” Brobbey gave Van Gaal a taste and shot his team past Young Belgium with two goals.

How did the Ajax player experience Friday evening’s match? “I got a good deep pass from Jurgen (Ekkelenkamp, ​​ed.) and then I played out the defender and then I got one-on-one with the keeper. What do I call the trick of the 0-1? Trick? I just played the ball forward”, the striker is sober. Was this a trick he uses more often? “Brobbey’s trick”, the Ajax player responds with a joke. Coincidentally, the Dutch national team will also take on Belgium next Sunday. Brobbey had some problems with his ankle Friday evening, but the injury is not that bad. “I went through it for a while, but I ran out of it pretty quickly. Things are going well now.”

Ryan Gravenberch and Brian Brobbey were ‘happy inside’ when they heard that they can report to the the Dutch squad ??

The striker’s second goal came after a nice attack over several pieces from the Dutch Juniors. “It was a very nice attack: tiki-taka. Mitchel Bakker gave a cross and I head in well. Bakker has a good left leg.” Gravenberch thought he played ‘reasonably’ against the Belgians. “I know that I can do better. We won, so I’m happy with the team performance. For myself I know that I can do better, so in that respect it is a bit in between. Am I missing some competition rhythm? Frankly, yes. Of course I haven’t played that much, so this also takes some getting used to because I started from scratch. After twenty minutes I had to catch my breath again.”