AS Monaco has a good general for crucial duel with PSV

AS Monaco has a good general for crucial duel with PSV 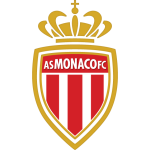 AS Monaco can work towards the duel with PSV next Tuesday in the third preliminary round of the Champions League with a good feeling. The Monegasques won their first Ligue 1 game of the season on Saturday afternoon 1-2 against RC Strasbourg. The goals of Monaco came in the name of Krépin Diatta and Sofiane Diop, who both started on the bench against PSV (1-1) last Tuesday. The connecting goal was made by Habib Diallo.

Besides Diatta and Diop, trainer Philippe Clement had four other players appear at the kick-off in relation to the match against PSV. Ruben Aguilar, Jean Lucas, Breel Embolo and Gelson Martins were also in the starting line-up against Strasbourg, while Vanderson, Eliot Matazo, Aleksandr Golovin, Wissam Ben Yedder, Kevin Volland and Takumi Minamino did not start the match as basic players. Myron Boadu wasn’t there either; he had not fully recovered from his foot injury.

In the first phase of the match it was even, although the greatest opportunities were for the home team Strasbourg. Twice it was Dimitri Liénard who was close to the opening goal, but both times Monaco goalkeeper Alexander Nübel was an obstacle. As the first half progressed, the visitors got more opportunities, and that resulted in Diatta’s 0-1 just before half-time. A corner was headed through, ended up just outside the penalty area at the feet of the Senegalese, after which he hit the ball beautifully from the air.

Connecting goal for Strasbourg ?? Diallo heads in the 1-2 and the tension is back ??#ZiggoSport #Ligue1 #RCSAASM pic.twitter.com/Eh1isQ1dfE

Shortly after the break, Monaco doubled its lead. After the ball landed in front of Diop’s feet after a nice combination, he could simply tap in: 0-2. Monaco already seemed to have taken the victory, hit the post via Lucas himself, but was put back on the ground when Strasbourg attacker Diallo nodded the connection goal. The remainder of the game was a squeeze for the Monegasques, and Strasbourg even seemed to make it 2-2 in injury time, but Diallo’s goal was disallowed for offside. Monaco thus secured its first win of the season.

Next Tuesday at 8:30 pm PSV and Monaco will kick off in Eindhoven for the return in the third preliminary round of the Champions League. The first game ended in 1-1 by goals from Joey Veerman and Axel Disasi. The winner will face the winner of the diptych between Rangers and Union Saint-Gilloise in the play-offs. The first game in that meeting ended in 2-0 for the Belgians last Tuesday.